New York — It's makeover time for two grande dames in the world of women's magazines, but don't expect many bare midriffs or tell-all bedroom exposes.

Ladies' Home Journal and Woman's Day are unveiling new designs in their March issues as part of their biggest overhauls in years. The goal: a fresher look that will attract youthful readers and new advertisers, while retaining homemaking and family advice that subscribers have counted on for decades.

"These are magazines that have been around for decades ... and that's a plus and a minus," said Steven Cohn, editor of Media Industry Newsletter. "The minus is they are not considered hip."

Indeed, both titles are among the nation's oldest -- and biggest -- magazines. Ladies' Home Journal, owned by Meredith Corp., debuted in 1883. Woman's Day, published by Hachette Filipacchi Media U.S., dates to 1937.

Ladies' Home Journal and Woman's Day boast monthly circulations of more than 4.1 million each, according to data from the Audit Bureau of Circulations.

But advertisers consider more than circulation. Another factor is readership age, and the median age of readers at Ladies' Home Journal and Woman's Day is about 48.

"There's this magical 18-34 age group that everyone loves in the ad world, and to get advertising you need to have younger readers," said Dan Capell, editor of Capell's Circulation Report, a newsletter tracking magazine circulation. 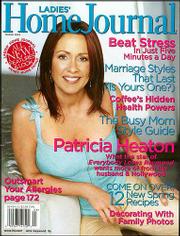 The March 2003 issue of the Ladies' Home Journal shows the new look the magazine has adopted. The magazine is updating its look to attract youthful readers and new advertisers.

Neither are straying too far from their roots.

"Whether you are married or not, you have to get food on the table, you have health concerns, and that's what our articles are about," said Jane Chesnutt, editor-in-chief of Woman's Day.

"The visuals are going to pull readers in," she said.