The first time Tom Wagner recorded a surefire hit, he had to go back and do it all over again.

The song was Conner's "Tuesday," and a month after Wagner and the band mixed the song, lead singer James Duft showed up at Wagner's doorstep with a copy of The Strokes record "Is This It."

Wagner listened in disbelief as Strokes singer Julian Casablancas crooned through a distorted vocal filter that sounded exactly like the one he used on Duft. Add to that some fuzzy tube-amp guitar tones, and Wagner had gone from innovator to imitator faster than The Stokes went from CBGB's to MTV.

"I was like what the fuck is the deal man? I just CREATED this sound!" Wagner says.

A few months later, Duft unearthed an even more unlikely bit of information. The Strokes recorded "Is This It" on an Ampex MM1000 16-track 2-inch tape machine -- the same vintage setup Wagner used. 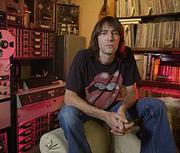 Let it bleed
Nothing has come easy for Wagner, owner of Lawrence's Underground Sound Studios. From 60-hour weeks spent building his dream studio in his backyard to scrapping for cash to buy his dream reel-to-reel tape deck, Wagner's growth as an engineer has come through dedicated self-sacrifice.

Two years after completing the studio, his hard work is finally paying off.

Conner's album, "The White Cube," will be available Friday at the band's record release party at the Eighth Street Tap Room.

Wagner says he is eager, and a little anxious, to hear the feedback on what he considers his most detailed and complete work to date.

"You put yourself on the line," he says. "You want everybody to like it but you can't make them."

When Wagner began producing Conner, he never expected to end up as the bands' lead guitarist. But a lineup change left an opening, and Wagner, who had gigged in bands since attending Lawrence High School in the early '80s, seemed like a natural fit.

At Wagner's urging, Conner re-recorded four songs with the new lineup, taking special care to not sound so Strokes-like.

"We were consciously trying to do different things," he says. "Those songs were so good to begin with that they had to be on the album."

By inviting Wagner to join the band, Conner may have pulled the ultimate heist: scoring unlimited free studio time. The luxury allowed the band to finesse every detail of the record, trying out multiple amps and microphones in search of the perfect garage-rock
tones.

"I could walk out of the studio, listen to it on my home stereo and car stereo, go back the next day and fix exactly what I wanted to," Wagner says.

It's only rock and roll (but I like it)
Precision sound hunting is Wagner's specialty. His collection includes 17 guitar amps (all tube except for one); a half-dozen classic keyboards, including a Farfisa, Fender Rhodes and Clavinet; over a dozen microphones and effect pedals; and 27 reel-to-reel tape machines.

All of Wagner's recording and mixing is done without computers, a testament to his dedication to the techniques of pre-digital producers like George Martin.

At first glance, Underground Sound looks more like a museum than a recording studio. The walls are lined with posters of The Beatles, Stones, ZZ Top and The Who; flyers for defunct Lawrence bands like Tin Hoarse and Nervous Toad; and Lawrence memorabilia, such as the sign from Big Bang Recording Studios, which closed in the early 1990s.
Wagner also owns a record collection that includes 6,000-plus LPs and 2,500-plus 45s, displayed prominently in the control room of the studio.

"I always wanted to have every song that people could request," he says. "Just to put the records in acid-free bags cost me 500 or 600 bucks."

Perhaps the biggest giveaway of Wagner's packrat prowess is a wall of 500 copied cassette tapes with neon tray cards, all of which are branded "From the Tape Collection of Tom Wagner."

"That used to be all we did: rollin' tapes," he says. "It was the early days of being able to download free music." 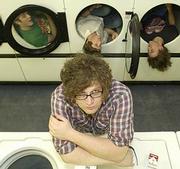 Gimme shelter
In 1993, Wagner began recording bands at his in-house studio for $15-an-hour. One of his earliest memories is producing a band called Sunshine Baby Dopey from Independence, Mo.

"It was the only time I've ever recorded a bong," he says. "It was for a song called 'Out of Focus' and you can actually hear it go (mimics sound of bubbling bong hit)."

When the studio became too big for the house, Wagner leased out a room at Richard's Music (716 1/2 Mass), where he stayed from 1997-2000. He estimates he recorded 150 bands at that location, including Parlay, Holstein and Ricky Dean Sinatra featuring BR549's Chuck Mead.

But when Wagner's landlord passed away, he lost the lease.

"I called my wife freakin' out and she said, 'Why don't you just build your own studio?' And I said, 'Hell yeah!" Wagner recalls.

Framing out the Underground

So began a 7-days-a-week construction project with friend Robert Kortlucke that consumed every free minute of Wagner's life. Though he had experience framing houses, Wagner admits building the studio -- a mobile-home-size building in his backyard -- was a fly-by-the-seat-of-your-pants operation.

"The whole thing was drawn up on a paper towel with a ballpoint pen," he says. "I literally was almost dead after we finished."

Since erecting the studio, Wagner has recorded songs for The Eudoras, The Midday Ramblers, Cher UK and Ghosty. He admits he hopes to recruit more local and national bands with the help of his bandmates.

"My days of just doing any demo that comes my way are over," he says. "I've whored myself out enough."

19th nervous breakdown
Wagner's prized possession is the Ampex 16-track 2-inch tape machine he used for Conner. He bought the machine -- which was the first model of a 16-track ever made -- from a customer he met while working at Richard's.

Wagner's excitement was tempered when he realized the six-foot-tall machine weighed 1,200 pounds.

"I called up some friends and we hoisted that big bitch into a pickup truck and brought her home," he remembers.

The Ampex saga had only begun. A year after acquiring it, Wagner found out it was the exact machine used to record Jefferson Airplane's album "Volunteers" at the San Francisco studio of legendary engineer Wally Heider.

"It has the acquisition sticker from Heider's studio on it and everything," Wagner says. "The guy was brilliant."