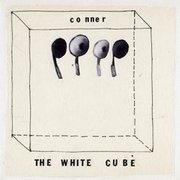 With the release of its first album, Conner had a lot to prove. Dogged by comparisons to the Strokes since its song "Tuesday" became a minor sensation on KJHK, Conner scrapped plans to release its early recordings and instead focused on developing its sound and cementing an ever-rotating lineup.

The wait paid off.

"The White Cube" is a rollicking 35-minute garage rock gem -- a breakout album just begging to be lauded as one of the most exciting local debuts. It's the kind of album that invites critical praise and critical backlash; the kind that's too good to be real.

Surely, James Duft must have derived some kind of formula for the perfect rock song from hours of intense research of Iggy Pop, The Stones, The Clash and yes, even the Stokes, and simply plugged his data into a machine and BOOM! -- Out comes The White Cube!

Over the course of 10 songs, Conner makes it look just that simple. In a perfect world, every song would be a top ten hit, every bass line a tablature begging to be transcribed by shaggy-haired 15-year-olds. It's hard to believe Conner isn't selling out The Bottleneck and bringing Lawrence the kind of hype created by The Anniversary or the Get Up Kids.

Maybe "The White Cube" will change that.

The album's first track, "Have You Ever Been Asleep," is one of the band's newest and most original tunes. Though Duft's lyrics are virtually indecipherable (something about women, rock and roll and disco), the song is carried by the powerful drumming of Bryce Boley and avalanche of mid-tempo guitar riffage courtesy of lead guitarist Tom Wagner. The song ends in an all-out psychedelic jam session that showcases the Wagner's lead guitar and engineering prowess.

Throughout the album, Wagner -- who engineered the album at his own Underground Sound Studios -- acts as the band's secret weapon: a gear-head from the '70s that massages every nuance into a fine point. Wagner's collection of vintage tube amps and archaic tape machines allows the band to make a record that would fit comfortably alongside the albums that inspired it, such as The Stooges "Raw Power" or The Clash's "London Calling."

The recording also succeeds in distancing Conner from comparisons to the Strokes. Gone are the distorted vocals that characterized the band's demo. Instead, Duft's vocals often have a slight underwater flange effect or reverb attached tastefully.

The difference is most notable in "Tuesday," one of Conner's finest songs but also the one that drew the most criticism for sounding like the Strokes. The new version is sped up and walkie-talkie vocals free. It's no better than the original, but it's no worse either. The great melody remains and the song is clearly an original.

The album's most unlikely hit is "Silent Film Score," a jarring new wave/post punk dance number with a bass line than sounds like it came straight off a Clash record. One listen will kick the "S" word straight off the lips of Conner's detractors.

It'd be easy to shower the rest of the songs with kind verbiage, but it wouldn't do justice to how good this record sounds when popped in a pair of headphones. Conner is a guttural experience, not a delicate exercise in literary subtlety.

Listening to "The White Cube" is like good sex: it leaves you foaming at the mouth, with your heart racing and your ankles locked behind your head. If sex isn't that good for you, maybe you should try the new Conner CD.