Author reflects upon life as son of the Rosenbergs

When Robert Rosenberg was 7, changing his last name to Meeropol seemed unfair. He didn't want to lose his alliteration, and he certainly didn't want his older brother Michael to gain it.

But the change in name brought a change in life to Robert Meeropol, who was able to grow up relatively free of association with his birth parents -- Ethel and Julius Rosenberg. Both were executed by the U.S. government in 1953 for conspiring to steal U.S. atomic secrets for the Soviet Union.

Now 56, Meeropol documents his initial struggle to live with his parents' memory and eventual efforts to honor it in "An Execution in the Family: One Son's Journey."

The book, published on June 19, the 50th anniversary of his parents' execution, details young Robert's adoption by Anne and Abel Meeropol, new developments in his parents' case and what led him to establish, at 43, the Rosenberg Fund for Children, which offers grants to children of political activists targeted, killed or victimized because of their views.

Meeropol writes with a candid, conversational tone about his childhood, which he says "was extraordinary but not unique." He left the Rosenbergs' home when he was 3 and stayed with relatives and at an orphanage before joining the Meeropols. The family lived in New York on royalties from Abel Meeropol's songs, most notably the anti-lynching tune "Strange Fruit," made famous by Billie Holiday.

The Meeropols, like the Rosenbergs, were politically active and sought to expose their children to a wide world view. Robert considered Fidel Castro his "contemporary hero."

As a youngster, Robert crafted a calm, quiet persona and hoped no one would realize his "secret." But he occasionally met people who knew, since Anne and Abel mixed in circles of progressive activists. Getting hugs from strangers who sympathized with his parents' resistance upset him, but, he writes, "I learned to treat them as emotional mosquito bites that stopped itching if I ignored them."

Eventually, Meeropol gave in and scratched. Turning to a more political lifestyle in college, he and his wife Ellie dabbled in progressively active organizations, and he became a lawyer to help garner funds through estate-planning. He lectured throughout the nation, and he and Michael sued the government under the Freedom of Information Act in the 1970s. They received some -- but not all -- of their parents' files. Michael wrote "We Are Your Sons" in 1974, to which Robert contributed.

A sour turn as a corporate lawyer in Massachusetts resulted in a nervous breakdown and ultimately led to Meeropol's true desire -- to create the Rosenberg Fund for Children. Under his leadership for the past 10 years, the fund has disbursed $1.1 million in grants, providing children with music lessons, therapy and summers at camp.

Meeropol no longer proclaims his parents' innocence but raises questions about the government's case. He's humbled by the limitations of his knowledge about his parents' case, even though few know as much about it as he does. He discusses revelations of potential FBI file-fixing and his desire never to meet his mother's brother, David Greenglass, who was also accused of spying and eventually corroborated evidence used to convict the Rosenbergs.

A bit polemical at times -- Meeropol refers to President George W. Bush as "Governor Death" -- the book raises questions about post-Sept. 11 society, specifically the treatment of civil liberties and the hunt for operatives. In recounting his life story, Meeropol describes a sense of urgency to speak out amid the current war on terrorism, which he feels could give way to a second McCarthy era. 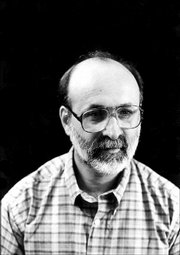 Robert Meeropol is the author of "An Execution in the Family," published by St. Martin's Press.