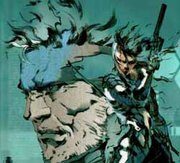 Konami confirmed last week that the Medal Gear Solid franchise is on its way to the Nintendo Gamecube.

While rumors are running rampant on the internet that Nintendo is buying the franchise, both Nintendo and Konami are currently denying this. Most reports suggest that the new game won't be yet another port of Metal Gear Solid 2, but a brand new game, debuting first on the Gamecube, and then ported over to the PS2 and Xbox.

This announcement comes as part of Nintendo's efforts to extinguish the unfounded "kiddie" reputation it has among older gamers. With games like Eternal Darkness, Metroid Prime and the securing of the new Resident Evil games, Nintendo is telling the older gamer to wake up.