Nintendo just announced that The Legend of Zelda: The Wind Waker has presold 560,000 copies. It is due in stores March 23. 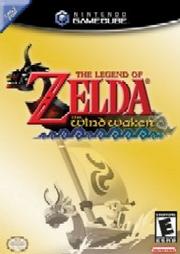 The Wind Waker will rock. Look for our review soon.

This staggering number flies in the face of Grand Theft Auto: Vice City which only sold 400,000 before its release. It also proves that gamers do care about awesome gameplay regardless of the controversial new graphic style.

Nintendo offered a free bonus disc of The Ocarina of Time and its unreleased master quest to all who pre-ordered.

"Given the history of the Zelda series, we expected overwhelming interest, and this solidifies the ever-growing phenomenon and attraction gamers have to the characters and story," said George Harrison, senior vice president of marketing, Nintendo of America.

Indeed, Zelda is becoming a "legend."