The Soundtrack of Our Lives leads Swedish rock invasion 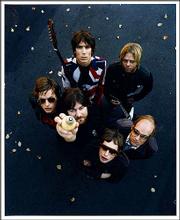 The Soundtrack of Our Lives guitarist Mattias BÃ¤rjed, top center, says the Swedish band is teaching "Americans how to play rock and roll again."

The Soundtrack of Our Lives is on the road in America, and guitarist Mattias BÃ¤rjed is craving isterband.

"It's this sort of sausage," BÃ¤rjed says of the traditional Swedish food. "It's extremely fat -- made of pig, of course. That's typical Swedish: a lot of meat and potatoes. It's like farmer type of food; working man's type of food."

Furthering the "you are what you eat" analogy, The Soundtrack of Our Lives is the definition of a working man's type of band. Featuring scalding guitars, fist-pumping grooves, fine harmonies and passionate lyrics, the Swedish sextet is fostering the kind of blue-collar rock revivalism sorely needed within the music industry.

Indeed, the United States has been overrun by Swedish rockers during the last year.

"It's like we had to teach the Americans how to play rock and roll again," says BÃ¤rjed, phoning prior to a performance in Providence, R.I. "There's those bands like Limp Bizkit and Blink 142 -- or whatever they call it -- such crappy bands that are popular at the moment. There's a need for good rock and roll, that's why people (are responding) to bands like us, The Hellacopters, Division of Laura Lee and the others."

Add to the list The Hives, The International Noise Conspiracy and Sahara Hotnights (who play tonight at Kansas City's El Torreon), and it's easy to see why the Scandinavian country is provoking the most reaction since the Vikings crossed over in long ships.

"It took some time for Swedish bands to find confidence in themselves, because there was not many bands being successful outside Sweden -- except for ABBA and Roxette," he says. "When it finally started to work we could see that there was a need for Swedish rock and roll music."

On this latest tour supporting its acclaimed third record, "Behind the Music," The Soundtrack of Our Lives is dealing with the unfortunate timing of entering the states right as the U.S. decided to invade Iraq. So far BÃ¤rjed has noticed a definite effect on "the mood and feel" of the live concerts.

"It has made us work even harder to turn the shows into something really positive and make people forget all that's going on at the moment," he explains. "A lot of our lyrics (relate) really well, and you can read into how the situation is at the moment. It has felt really heavy. The first couple days when it just started when we played in New York was probably the worst."

The band is countering this national sense of malaise via its superior live performances. The group doesn't need stage gimmicks or pyrotechnics -- a wise move considering it's readying for a gig in Providence -- just the kind of pure rock energy that evokes images of iconic acts from the late '60s and early '70s.

"(Expect) a 100 percent freak show with six very strange individuals," BÃ¤rjed says of his band, which formed in the city of Gothenburg in 1994. "We always put on a good show. It's a lot of accidents happening at all times, so it's a lot of frustration and anger and happiness and all different kinds of moods." 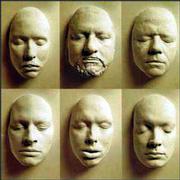 "It's mostly technical troubles," he clarifies. "Sometimes we need that to get really into the show -- something that makes you lose your temper so that adrenaline rush comes."

On the right track

Although BÃ¤rjed has been in the group for six years, he is still its newest member. He first hooked up with Soundtrack frontman Ebbot Lundberg when the singer produced an album by BÃ¤rjed's former band Nymphet Noodlers. ("It's hard for Swedish to pronounce it right," he says of the curiously named Noodlers. "So it was always misspelled and stuff.")

Eventually, the guitarist was asked to join Soundtrack, and has since contributed considerably to the ensemble's songwriting -- he cowrote the current monster single "Sister Surround."

The Soundtrack of Our Lives has released its third album, "Behind the Music."

He also has been awarded the nickname of "The Elk" by his bandmates.

"I walk extremely fast; I'm pretty tall and have tall legs," he says of the moniker. "And I'm from a part of Sweden (a small town near the Norwegian border) where there's a lot of Elks around. It's a lot like Northern America and Canada: a lot of woods and mountains and wild animals."

And speaking of Canada, BÃ¤rjed mentions that his career highlight with Soundtrack came during last year's excursion to Vancouver.

"I've never had such a good feeling as when we played two Bachman-Turner Overdrive songs together with Randy Bachman. We did 'Rock Is My Life' and 'You Ain't Seen Nothing Yet.' That was the first band I liked. I was 4 years old when I started to listen to them. I was in heaven ... It was all sort of a childhood dream," he says.

If that seems an odd act for a cutting-edge group like Soundtrack to idolize, keep in mind the new crop of Swedes aren't as influenced by the underground snobbery that shapes (and revises) the tastes of so many American artists. It's been rather amusing for BÃ¤rjed to see how flippantly certain stateside contemporaries dismiss the musical heroes of his youth.

"For 'serious' rock people, like the guys in Sonic Youth, they see BTO and Kansas and bands like that as jokes," he says. "Maybe you had to grow up with it to appreciate it."