Concorde roars out of Paris

Roissy, France — Passengers dined on caviar and foie gras Friday as the Concorde, the world's fastest and most luxurious passenger jet, flew from Paris to New York for the last time.

The Sierra Delta -- Concordes have names, not numbers -- took off at 10:38 a.m. from Charles de Gaulle airport. As the wheels left the tarmac, it was already doing 236 mph. Seconds later, it was a point on the horizon. 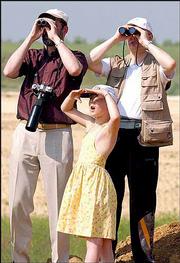 It landed at New York's JFK airport about 3 1/2 hours later -- a standard performance for the world's only supersonic passenger jet.

"It's very emotional. Concorde is a story of joy, of emotion, of technical prowess," said Jean-Pierre Lefebvre, an Air France staffer, before the flight took off.

Air France is retiring its Concorde fleet when the plane returns today to Paris, its last commercial flight. The only other airline to offer the Concorde is British Airways, which flies the aircraft between London and New York. It, too, plans to scrap its Concorde fleet at the end of October.

Both carriers say they can no longer afford the plane's high maintenance costs.

The Concorde's demise ends an era of Champagne at twice the speed of sound.

The distinctive white aircraft with its delta wings, slightly arched head and needle nose was the essence of elite air travel for more than a quarter-century. An unrestricted one-way ticket on the Concorde costs $6,000.

The Concorde's demise follows the July 25, 2000, accident over Gonesse, France, just after take off that killed 113 people, including four on the ground. Flying fears after the Sept. 11, 2001, terror attacks also took a toll on airlines around the world.