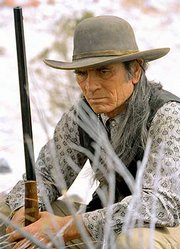 Tommy Lee Jones in "The Missing"