Nothing could be worse than Batman: Dark Tomorrow. That we all know. Ubisoft attempts to redeem the franchise with this wonderfully presented Batman tale, although not without flaws. 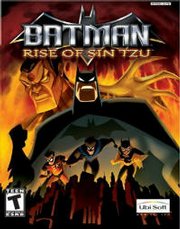 Taking the inspiration from the cartoon series, Batman: Rise of Sin Tzu hits all the right marks in the eye candy department. The cape flows in the wind. Smoke reacts to movement. The locales are recreated in an enveloping glory. Truly a remarkable achievement backed up with a strong sore to add to the bat-esque atmosphere.

You're so excited to play and then...you play it.

Batman: ROST boils down to a sluggish run-of-the-mill third-person action game capitalizing on a combo system. You earn points for cool and bad combos to buy new moves between the levels. The problem lies in the fact that your default combo is always the easiest to pull off and also the most powerful, completely removing any notion of reward for buying new combos. To add to the downers, some combos are near impossible to pull off because they require an arbitrary pause between buttons that is hard to gauge because of the sluggish response from the controls in the first place. This plagues the entire experience. 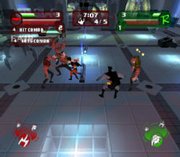 An aesthetically beautiful use of the license, but a poor effort on gameplay.