PS2 owners finally get a Mega Man X entry that attempts to revolutionize the series with the constant transitioning between 2D and 3D gaming. 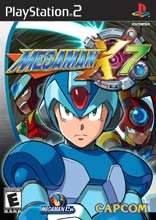 You start the game with newcomer Axl, and soon meet up with Zero, and can switch between the two. The difficulty of the game is very high and unforgiving. The 3D elements are very poor and platforming is near impossible from this view, especially when under intense fire, which is often.

You encounter eight different mavericks, following the classic Mega Man gameplay. However, the creativity juice is coming to an end with the likes of mavericks formed from an onion.

The sound is terrible and the graphics pass if but barely. Newcomers may want to steer clear of it as the difficulty will drive you insane. Only Mega Man fanatics need apply.