Brief: Does it finally kill Madden?

Sega worked its ass off this past year to, once and for all, put Madden to shame. But even ditching the 2Kx name for the ESPN flair and injecting a new first-person mode doesn't help the inevitable: Sega ESPN Football is to Madden 2004 as Ringo is to Paul. 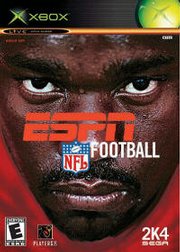 I loved the interface changes that basically mimic the Madden presentation. The real player faces are always a better alternative to Madden's ridiculous cartoon faces. But this is nothing new. Unfortunately the animations still look like you're making action figures run after Barbie.

The online features improve upon last year's cheat fest, so you can assure a fair game online. The first-person mode is boring, despite the polished gameplay. It's nothing more than a novelty. Luckily the solid football series you come to expect from Sega still shines despite being in the shadow of EA's depth with the Madden franchise.