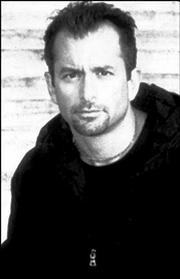 It began as a typical Thanksgiving dinner for the Friedmans in 1987.

Father Arnold, wife Elaine and sons David, Seth and Jesse were spending a quiet holiday at home like most other families living in the affluent Great Neck suburb of New York.

Then police broke through their front door with a battering ram. Provoked by a tip from the post office, authorities combed the house and found stacks of child pornography behind the piano in Arnold's study.

Things only got worse. Soon, former students of Arnold's began coming forward claiming they were victims of long-term abuse from both he and Jesse, who helped his father teach computer classes from their home.

According to one of the detectives who worked the case, "You could see that this wasn't exactly Fred MacMurray and 'My Three Sons.'"

"Capturing the Friedmans" presents this compelling story in great detail, using existing news footage and contemporary recollections of those involved. Detectives, judges, journalists, family members and former students discuss their roles in these late-'80s events. The mountain of conflicting evidence provides one ambiguous portrait of what actually happened.

Had the documentary been comprised using only these materials it might have been no different than any other well-made expose. What elevates it above comparable efforts into something of an American tragedy is that the Friedmans' lives from the arrest onward are captured on home videotape.

Oldest brother David had just received a hand-held video camera, and he meticulously records the events as they transpire. Family dinners turn into volatile arguments about lies and culpability. Tensions mount between the boys -- who rally around their taciturn father -- and their mom, who grows increasingly colder to husband and family.

Astonishing scenes include the brothers' last moments together on the steps of the courthouse as they await the news of Jesse's sentencing. Prosecutors viewed their zany behavior (Jesse acts out the "Mr. Gumby Brain Specialist" sketch from a "Monty Python" episode) as proof of their callous disregard for the alleged crimes. But the footage implies that it's just three guys trying to do ANYTHING that might take their minds off the world crashing down around them.

(Middle brother Seth refused to participate in the movie, so the only impression of him is via these taped moments.)

"Capturing the Friedmans" is the type of film that begs to be discussed once the house lights come up. Even the title suggests a dual meaning -- both in terms of a photographed subject and an escaped criminal.

One of the refreshing things about first-time director Andrew Jarecki's documentary is that it doesn't hammer home its own point of view. Those watching can't help but waver from scene to scene as to the guilt or innocence of the family. The reason it is so hard to make any sense of the outcome is because so many inconsistencies plague the case.

Had the family always known of Arnold's pedophilic tendency and simply chose to ignore it?

Was Jesse himself a victim of abuse?

A suburban family is torn apart when the father and youngest son are arrested in 1987 for child molestation in this haunting, ambiguous documentary. What elevates the material into the realm of an American tragedy is throughout the ordeal the Friedmans' tortured lives are captured on home videotape by their oldest son.

Why was there no physical evidence to support the claims of molestation?

Did investigators coax and coerce false confessions from eyewitnesses?

Or did police try to frame a guilty man?

Even if Arnold and Jesse did commit the acts of which they were accused, the eerie intimacy with which the viewer witnesses their mounting disintegration makes it painful to endure.

As one of the detectives on the case emphasizes during an interview, "Just charging somebody with this kind of crime is enough to ruin their lives."

There's no doubt that the specter of molestation will continue to haunt the surviving family members forever. The pivotal question remains, however, if any of the Friedmans brought this fate upon themselves.