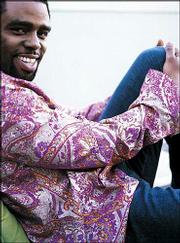 Norman Brown is among the headliners at the first Midwest Jazz Festival. The concert event will bring six national acts and a pair of local groups for a two-day jazz festival at Clinton Lake.

There is little argument that Kansas City, Mo., is known worldwide as a hub of jazz.

Fans of the style will find out this weekend when the inaugural Midwest Jazz Festival launches at Clinton Lake. The ambitious, two-day event that is slated to bring a half-dozen national acts to Lawrence has proven to be quite an undertaking to organize.

"This type of festival has never really been attempted before in Lawrence," says Joe Carrington, founder and managing director of the Midwest Jazz Festival. "I trust Lawrence will come out and support it -- Lawrence and the surrounding areas of Wichita, Kansas City, Topeka and even Oklahoma."

Carrington hopes to lure 6,000 to 7,000 patrons to the event, so he's made heavy promotional pushes in adjacent cities and states. But why choose Lawrence as the pivotal spot for a major jazz fest?

"One thing is location. Lawrence offers easy access in and out. Clinton Lake is very scenic. The city is very progressive. And I'm an alumnus of KU so I'm bringing it back to my alma mater," says Carrington, who earned a marketing degree at the university in 1982.

"When he first had the idea of Clinton Lake, I thought it was a little far-fetched because nobody has ever done anything like that before," says Dr. Ty Porter, a board member and investor in the Midwest Jazz Festival who has known Carrington since meeting him at Templin Hall in the late '70s .

"But one good thing about doing it there is you get a very inexpensive venue, which allows you to put more money into the artists. And because of the rich tradition of jazz in the area -- and what's happened with the Blues and Jazz Festival -- it seems that the timing is right."

Considering Kansas City's venerable Blues and Jazz Festival became extinct this year, the Lawrence happening may help fill a void in the live music scene. But in other respects the timing has been abysmal.

After partnering with Kansas City's smooth jazz radio station 106.5 The City as the presenting sponsor, Carrington was blindsided when it changed format without advance warning.

"The people involved had no idea it was going to change," Carrington says. "It didn't set me back; it just confused people."

With all the artists booked and everything else in motion, Carrington decided to go on with the show even though he lacked a major media sponsor.

Roots of the idea

Born and raised in Topeka, Carrington became involved with music festivals after he relocated to the East Coast. His initial experience came through Gumbo Jam, a zydeco and blues gala in Annapolis, Md. Following that he worked on the Capitol Jazz Fest in Washington, D.C., which is considered the largest contemporary jazz gathering in the country.

Once he set out mobilizing his current enterprise, Carrington admitted recruiting national acts to come to the Midwest was not all that difficult.

"Kansas City is known around the world as THE city for jazz," says the promoter, who currently makes his home in Silver Spring, Md. "So the artists are really excited because throughout their jazz history and learning, Kansas City has always been a jazz city."

But does that reputation also apply to Lawrence?

"They don't see the difference because Lawrence is so close to Kansas City," he responds. "To them it's just one particular area. I trust that it's close enough that people from Kansas City will come to Lawrence, because in some ways Lawrence is more non-threatening." 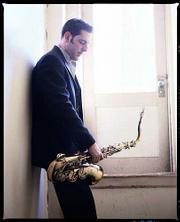 Carrington enlisted six of these national acts and two Kansas City groups to perform at the festivities.

"All of them are marquee artists and all have new CDs out," he says. "Norman Brown is the hometown (Maryland) favorite, and he just won a Grammy this year (for Best Pop Instrumental Album). I'm sure Mindi Abair will be very popular because she's one of the few female jazz saxophonists in the United States. I'm sure they're going to be on their feet when they hear Down to the Bone, who is flying in from the U.K."

Because it will be the first major concert event held at Clinton Lake since the Jayhawk Music Fests of the late 1990s, Carrington is making sure there are all kinds of activities going on to help entice the casual fan to attend.

A wide selection of art and juried crafts will be on display. Plus the food should be a cut above the corn dog and funnel cake variety, thanks to an "international food court" that features everything from local barbecue to Jamaican cuisine.

"The festival atmosphere is a unique thing," adds Dr. Porter. "It feels good to get the cool breeze and the sun warming your skin. Together with a strong jazz lineup, I would think there's a hunger for that." 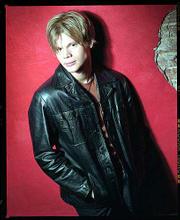