Welcome to yet another dose of evil. Yep, Raccoon City and the T-Virus take prominence again in another version of Resident Evil. But this time, Capcom pulls a Tom Clancy and gets cooperatively tactical with its characters. With this new focus and an online element, is it revolutionary or just a novelty built on more of the same? 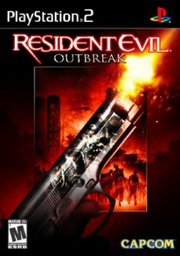 So, Raccoon city is infested yet again and you must solve and shoot your way to victory with the inevitable path through the undead. Sound familiar? Well, it is. In fact, the five scenarios are based in the first three Resident Evil games. This time, however, you can choose from eight vastly different characters with vastly different abilities to wade your way through these relatively short scenarios.

Some characters are better with weapons, some better with brute strength and some better using certain equipment to figure out puzzles. It is in the combination of you and one to three other helpers you must stay varied in talents to achieve your goal more efficiently. Actually, the characters are so well balanced that it is rewarding to match up accordingly. Each character's talent has a specific way of complementing another.

When online, you can make use of your right stick which has pre-programmed commands to communicate with your teammates. Unfortunately, the command list is so limited that it doesn't really feel like true communication. The lack of voice support is downright baffling. This, in turn, leads to your teammates running off and doing whatever they feel like doing. What's even more, it's actually similar to the single player mode. The artificial intelligence is not the best. Sure, they'll help you kill zombies and such, but sometimes they run off unexpectedly.

Huzzah! The dated control scheme of the "up" direction always making the character move in the direction he is facing is gone. That's right, when you press left, you move left! Capcom, welcome to 1995! Unfortunately the shooting and aiming are still stale, dated and unintuitive. The faithful are used to it by now but the newbies will brush it off as burdensome, and rightly so.

Also gone is an intricate storyline. The characters have a little background and specific endings, but the focus here is on teamwork, not the single experience. It wouldn't be that big of a deal if the previous Evil's hadn't done such a good job telling a story. The voice acting is bad, but expected. The real annoying factor is that you will hear phrases repeated over and over. Most of them are ill-timed in the first place. Another damper.

And what would a Resident Evil game be without a dynamic, sweeping score? To my delight, the music is dramatic, vibrant and fitting. I've always been a fan of RE music and I am happy to report that it lives up to its level.

The environments and character models push more polygons that most PS2 games, creating one of the more impressive games on the system to look at. Unfortunately this comes at a major expense. Every time you go into a different room, you get a load screen. Loads last anywhere between 12 and 35 seconds. Ugh! This is especially detracting when you haven't even spent that amount of time in that previous room. Where's the continuity? How am I supposed to stay frightened in a long loading screen. The "boo" factor takes a major hit here. Sure, you can use the PS2's new add-on hard drive to subdue the load times, but who wants or should pay the extra money for something that could've been addressed without it?

Outbreak, despite its new focus, can't shake that "more of the same" feel. This is attributed specifically to the lack of communication, sluggish load times and somewhat dated gameplay elements. Although I think there is enough to satisfy the RE hardcore with tons of unlockable extras, it has nothing that will expand its audience.