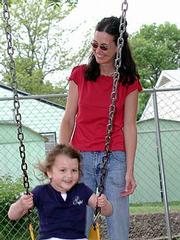 While children between the ages of two and a half and five years old should be training themselves for executive positions in soulless corporations by numbly staring at Yu-Gi-Oh! with mouths greedily crammed full of Gummi Bears, Ms. Duncan is effectively negating their sense of entitlement and freedom from accountability by encouraging healthy eating habits, wholesome activities, and manners. And believe it or not, these children are required to be toilet trained before they can even enroll in the facility, but many of the children attend school unable to consume even a single liter of cola.

It sounds ludicrous, but these things are happening even as you read this piece. If this damage continues to go unchecked, we may see a resurgence in trends such as company loyalty, common courtesy, and fair wages; trends widely assumed to be eliminated from our culture.

A babysitter from an early age, Duncan honed her subversive nature by working at summer camps, and then began infiltrating childcare centers while in graduate school. It was only a matter of time before she attained a Master's Degree in child development.

"I moved to Chicago to figure out what I wanted to do," she says, "and when I let my mind open up, I came back to teaching."

It's unclear when or where she developed her disregard for the futures of her pupils, but in speaking with Ms. Duncan, what is clear is her utter lack of remorse. 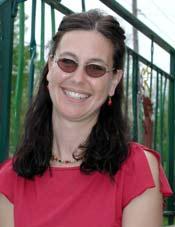 Duncan unapologetically teaches her students "to respect other people and to appreciate themselves for who they are as an individual, and not comparing themselves to other children. That they need to be proud of what they can do," she says. "I really think that kids need to start out with a firm foot on the ground as far as feeling good about themselves. The better they feel there, the more they're going to accomplish later in life, and feel good about other people."

The reader can assume that Ms. Duncan has chosen to ignore the importance of pioneering social reformers such as E! and MTV, as this so-called "individuality" is taught at the expense of more mainstream ideas. For example, in place of the broadly accepted teaching of precocious sexuality, Duncan relies on open-ended play, affection, and an arsenal of at least 50 "children's" songs. Duncan's favorite is so shocking that the editorial staff would only include it with the following caveat: Oprah Winfrey has declared the following song to be damaging to your children. (Granted Oprah Winfrey does not have any children of her own, it goes without saying that she knows what's best for you and your offspring. "You go girl!") Only the hardiest among you dare read on.

The peanut sat on the railroad track,
His heart was all aflutter.
Around the bend came Engine 10 ...

And the unexpectedly savage finale,

And what is the result of this occult personification of crunchy foods and the wanton violence the children are forced to visualize?

Imagination. Sense of humor. And it gets worse. By teaching children to differentiate between fantasy and reality at such a young age, it's inevitable that the children will eventually learn jokes on their own. And if children are raised with a sense of humor, coupled with an active imagination, it will spell disaster for the Farrelly brothers, Jamie Foxx, and Vin Diesel, as well as countless other media royalty who have thrived in the wonderfully fertile cultural wasteland created by the esteemed lowest common denominator.

"The best part [of my job] are the kids' jokes, and their love and attention, because they really can snap me out of a bad mood, and they always kind of make light of everything," she states, cunningly underplaying the damage a sense of humor, imagination, and lack of stress can do to a potential CEO or real estate developer. "Yesterday, eight of the kids got married ... That was really funny."

The fact that conservatives throughout the U.S. have come out in favor of heterosexual preschool marriage doesn't excuse Duncan's irreverence for the sacrament itself. And even more disturbing are Duncan's ideas about communicating with our already nicely developing generation of future Chris Tucker fans.

"Listen to them. I think a lot of times kids don't have a lot of one-on-one with their parents. Just sit and ask questions, talk and chat. I think people are always in such a big hurry. People are going through drive-throughs ... What's acknowledged as family time anymore is a lot less than it used to be."

And how does Stephanie Duncan propose that parents listen to their children while our precious goo asses are trying to listen to Christina Aguilera or play Grand Theft Auto III? How can our beloved prozac-munching sugar blobs be expected to achieve the state of mind necessary to communicate when they can no longer have their Happy Meals(r) Supersized(r)? Obviously, the logic of Duncan's ideas fall irreparably apart when held up to the realities of raising children in a forward thinking modern society, and are as dangerously outdated as whole grains and fresh fruit.

So what'll it be America? Conscientious children who may adversely affect our downward spiral into the abyss of banality? Or all-you-can-eat cotton candy night at Justin Timberlake's house? The choice is obvious.