The Big Games of E3

On May 12, the video game world as we know it unanimously focuses on Los Angeles. Why? That's where E3 (Electronics Entertainment Expo) kicks off and where developers and publishers come out of the woodwork to strut their stuff, displaying the best they have in store for the following year. Gamers and journalists get to taste the cutting edge of gaming. Like every year there are surprises and letdowns. Of the games that we know will be there, here are a few to look out for. 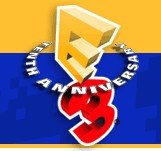 Paper Mario was a breakthrough action-laced role playing experience on the N64 and now the sequel finally arrives. The game will be a menu-based RPG system with a heavy emphasis on action elements, making the experience more interactive. Not only will the art style of paper-thin 2D Mario roaming in 3D environments return, but he will have new powers like turning into a paper airplane or using a hammer and jump buttons during battles to mix up the complex strategies.

Nintendo will show off the sequel to its 2002 pride and joy Metroid Prime. The most obvious change is the addition of a four-player split screen mode. Here you will engage in regular deathmatches and possibly capture the flag scenarios. You will be able to use your array of weapons and your morph ball to evade and conquer your enemy. The early shots do not seem to say much about the story and the graphics don't seem to have improved too much even thought they still stand out in today's graphical standards.

Solid Snake returns to the jungle for more tactical espionage action. This change of locale is an attempt to recapture the original atmosphere injected into the classic NES game. The action takes place in the 1960's, so even though the main character looks and moves like Snake, we're not quite sure it's really him. Expect the same high production values with new gameplay elements centered around camouflage and a new hand-to-hand combat system.

Gran Turismo Fans seem to have been waiting for this as long as Half Life fans have been waiting for Half Life 2. The difference is Gran Turismo 4 wasn't delayed because of a code leak. The main reason for the delay deals with the fine tuning of physics models, adding more and more tracks and ironing out the possible damage system details with the car companies. (Many companies charge big bucks to let their interactive models get crunched.) Expect to see the best looking game that you've ever seen on the PS2. Early videos and shots were downright shocking and too lifelike. This could be the full realization of the car-racing simulation.

What else can we say about Half Life 2 besides "When the frikkin' heck is it gonna come out?" Valve suffered a major setback last year when the source code was stolen. The controversy has been shrouded in half truths and overall mystery about what the true reason for its even further delay. The main problem is that the first-person shooter genre has seen different technological advancement in AI routines, physics models and architecture that the beauty of Half Life 2 may not be that impacting anymore. Regardless, it's still one of the most anticipated games of all time. So expect new, playable impressions from the gaming world.

I am not going to pretend to hide my excitement for this game. Halo was the rebirth of the console first-person shooter, pure and simple. With polished control, weapons, story, AI, physics, vehicles, character personality and multiplayer modes, it was the total package. To this day it hasn't been dethroned. Developer Bungie promises all that and more, which is what all of their fans expect. Last year's E3 demo showed us a glimpse. This year expect to be introduced to more characters, vehicles and gameplay elements than we thought would ever emerge. Bungie has kept quite a tight lid on Halo 2's features. We're pretty sure E3 will provide an explosion of new details us geek's will simply froth over.

Microsoft has touted Fable to be Xbox's second pillar next to Halo. Apparently this RPG is going to be the rebirth of role playing. Not only will you be able to battle evil, but you will be able to shape who you are and how you grow up. Outcast or village hero? Weak-looking magician or brawny basher? Your overall look and reputation depends purely on how you play the game. Microsoft has kept many of the details secret on this project as well, but with current release dates projected for this fall, expect robust amount of info and excitement surrounding Fable at E3.

So we know it's not vaporware and we know it's really coming out this year, maybe. Sony wants this to be the Game Boy killer, just like Atari, Sega, NEC, Nokia before it. The difference this time is that Sony has a powerful brand that none of the other companies brought to the table. From early shots of the device we see it has tremendous graphical potential. Expect to see several games on hand in the first handheld we believe will actually prove a threat to some of Nintendo's handheld market share.

We still don't know much about Nintendo's dual-screened handheld device. We still don't understand how it's not supposed to be viewed as an upgrade to the Game Boy Advance, standing alone as its own entity. Frankly, we still just kinda don't get it. That's the main consensus around the world, and that's exactly the kind of car-wreck curiosity that will draw the droves to Nintendo's booth. People will want to play and understand this mystery device.

These games will be a traffic magnet at the conference. But trying to pick a pre-show showstopper is like trying to make the perfect bracket for March Madness. One thing we can guarantee is that we will see some brand new games announced that will knock us to the floor. Last year delivered nothing in that respect. Companies will be making up for that this year.