Revolution in the making

Pat Dieckhaus is proof that the low-carbohydrate, high-protein Atkins Diet can help not only those who are trying to lose substantial amounts of weight, but also people wishing to head off the risk of developing adult-onset diabetes.

A year after adopting the Atkins Diet, under the supervision of Lawrence family practice physician Mary Vernon, her blood sugar level has plunged from 370 -- more than three times what it should be -- to 120.

Not only that, but Dieckhaus, who lives in southwest Douglas County, has lost 20 pounds, 5 1/2 inches around her waist and three dress sizes.

"A few people say, 'Wow, you've lost some weight.' But they don't realize that my blood sugar has gone from almost-death levels to nearly normal," Dieckhaus said.

Hers is such a success story that Vernon, on staff at the Lawrence Family Practice Center, 4951 W. 18th St., has included it as a case profile in her new book, "Atkins Diabetes Revolution: The Groundbreaking Approach to Preventing and Controlling Type 2 Diabetes" (Morrow, August 2004).

Dieckhaus is among several Lawrence-area patients of Vernon's whose clinical improvement, thanks to the Atkins Diet, are profiled in her book. Some, like Dieckhaus, are assigned pseudonymns -- Dieckhaus is identified only as "Pia S." -- while the names of others are revealed.

Dieckhaus, 49 and a rural mail carrier, has been a patient of Vernon's for the past 20 years. But she only went on the Atkins Diet about a year ago, after a routine health checkup for insurance purposes revealed a dangerously high level of blood sugar.

She said she was thrilled to have been included in the book.

"Everybody should know how great Mary is and how dedicated she is to the blood sugar program. High blood sugar is dangerous, and people should take control of their lives," Dieckhaus said. 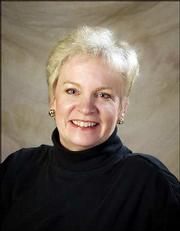 Potentially millions of Americans are soon going to learn about the work Vernon has done to help her Lawrence-area patients conquer obesity and diabetic conditions.

"Atkins Diabetes Revolution" is attracting national attention. USA Today carried a story about the newly launched book in its Monday edition, and Vernon spent the past week in New York City doing media interviews by satellite with TV stations across the country.

The book is co-written by Vernon and Jacqueline A. Eberstein, a registered nurse who worked with the late Dr. Robert C. Atkins for many years. Its ideas are based on the medical practice of Atkins, though it draws upon years of clinical experience from Vernon and Eberstein.

Vernon is vice president of the American Society of Bariatric Physicians. A nationally known expert in the controlled-carbohydrate approach to the treatment of disease, Vernon is one of only three doctors across the country who serve on the Atkins Physicians Council. The council provides expertise and guidance for the educational information products and programs undertaken by Atkins Nutritionals Inc.

Bariatric medicine is the medically supervised treatment of obesity and its associated conditions.

Vernon explained the essence of the book's approach in a Wednesday telephone interview from New York City, headquarters of Atkins Nutritionals.

"It's about how to control your blood sugar and metabolism using the Atkins approach, helping people to understand if they have pre-diabetes or metabolic syndrome (a potentially dangerous condition associated with obesity)," Vernon said.

"Dr. Atkins' whole push was that this (developing Type 2 diabetes) doesn't have to happen. You can intervene in this process, simply by controlling what you put on your plate. You can avoid the development of those problems."

Vernon said that in her clinical experience, patients who adopt the Atkins approach toward eating are able to drop their blood sugar levels substantially. Many of her patients who were previously taking medication for diabetes have been able to discontinue it.

She said she sees enormous promise in the capacity of the Atkins Diet to help millions of Americans who are pre-diabetic or have Type 2 diabetes. That's why she wrote this book.

"I hope to continue to share my interest and experience," said Vernon, who has practiced medicine in Lawrence since 1980. "I hope to be actively engaged in metabolism control and weight-loss strategies. I really am interested in helping America not be the nation in which two-thirds of the people are overweight or obese."

Physicians like Vernon are facing a tremendous battle against diabetes in America.

According to "Atkins Diabetes Revolution," 13 million people in this country have been diagnosed with Type 2 diabetes; another 5.2 million don't know they have it. Each year, about 200,000 people die from complications of the disease.

The Centers for Disease Control and Prevention project that one out of every three children born in the year 2000 will develop the disease.

The good news is that Type 2 diabetes, the adult-onset form of the disease, is largely preventable.

"(Type 2 diabetes) is a huge problem. If it isn't happening to you, it's happening to a family member or someone you care about. And it doesn't need to be that way," Vernon said.

"I really want to contribute to our being a nation of healthy, vigorous individuals. If this book can help people know the warning signs, talk to their doctors and get diagnosed and monitored, that's wonderful," she said.