A change of pace proves to be beneficial. 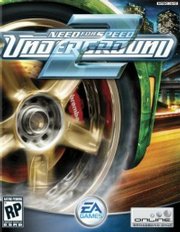 Need For Speed Underground came onto the scene forsaking its tried and true escape-from-the-law heritage for a focus on the auto-modding community. What resulted was, indeed, a deep modification-based game but with a racing mode that fell a little short of modern standards. With the sequel, EA attempted to change the series again by introducing a GTA-like free roaming city to ride around and find races in.

NFSU2 is huge. The main mode will take well over 35 hours to complete. This is in part to the five main areas that comprise the city. Each area has its own personality. One area may be great for drag races and another may be good for tighter skilled races and another is great for drifting. You literally have to travel to certain parts of the city to compete in the different types of races to win money to modify your car. Lights, caps: just an endless amount of visual, handling and performance modifications will make the hardcore modders salivate. And you get real cars. Mitsubishi, Nissan, Toyota, Ford and Volkswagen. If it's popular in the mod community, it's in there along with a gaggle of authentic aftermarket parts.

When the rubber finally meets the road, things start off rather slow, as expected. Your ride sucks at first. Once you start buying more performance for your car, the races get more interesting, and the AI is pretty good. While not as ruthless as Burnout 3's fantastic AI, the enemy routines in NFSU2 are really smart and make the racing aspects go a significant step beyond mere arcade flash dance. Also, the new circuit mode and street-cross mode won't let you slide by building a power vehicle. You have to master the handling in these modes or you won't advance. It's that simple.

There are things both bad and good about this huge world, though. On one hand, the interconnecting highways and byways are sensible, different and realistic making the whole city feel real. On the other, having to travel and find races gets to be a real chore. Sometimes it takes too long to get to point B. Considering there are only 20 music tracks available, you won't even be able to refresh your boredom with new tunes. There has to be more incentive to travel across the city in real time. Otherwise, the game becomes rather burdensome to the casual and even dedicated gamer.

Another problem is that even though the AI is great, the enemy cars seem to have a healthy handicap. You may be blowing away the competition only to find they magically reappear right behind you after they've wiped out. Sometimes, they even appear out of nowhere right in front of you. What is that about?

The graphics really take the driver's seat over the audio. The city is intelligently designed with a respectable polygon count considering all that has to be drawn on the screen. The cars and modifications look great and the lighting and weather effects look fantastic. The audio is great. Proper roaring sound where it's needed. The music department needed much more content, but other than that it was a great sound environment.

I am not sure if Need for Speed Underground 2 is what fans expected, but it is a better game with the changes. Even someone as uninterested in the auto-modding community like me will have a great time racing and customizing a pimped out ride.