WHEN THE ATHLETICS DEPARTMENT SQUEEZES YOU FOR EXTRA DOUGH, THAT'S GOOD. WHEN "PRIVATE BUSINESSMEN" DO IT, THAT'S BAD: Ticket scalpers outside Allen Fieldhouse are being kicked off campus. "There's a university policy against selling anything on campus without a license to sell it," said Jim Marchiony, an associate athletic director at Kansas University. It is the athletic department's belief that donors to the Williams Fund, which helps pay for the university's athletic scholarships, should have first shot at getting season tickets and not be subject to third-party profiteering

KANSAS POISED TO SHOW DISDAIN FOR THOSE SUFFERING FROM CONGESTION: Kansas law enforcement officials are pushing for a law similar to one in Oklahoma that restricts the sale of certain over-the-counter drugs used in the production of crystal meth. Since Oklahoma enacted the law, Kansas sales of ephedrine and psuedoephedrine have been booming as pro-interstate-commerce meth cooks cross the state line, giving Kansas their hard-earned tax dollars. Meanwhile, Texas lawmakers are presumed to be contemplating ephedrine subsidies and other incentives to, er, stimulate that state's sagging meth-making-ingredients sales.

KANSAN WINE DRINKERS THROW DOWN 5 MILLION GALLONS: Kansas winemakers are before the U.S. Supreme Court challenging state statutes prohibiting interstate and internet sales. Bans on out-of-state wine shipments stem from the 21st Amendment, which repealed Prohibition and outlawed the "transportation or importation" of "intoxicating liquors" into any state in violation of the state's laws. Before Prohibition, Kansas had a thriving wine-making industry, but it nearly disappeared. Now Kansas produces some 50,000 gallons of wine per year, or about 1 percent of the total amount of wine consumed in the state.

Two powerful forces are fiercely fighting over the question: the fast-growing wine industry, particularly in California, which salivates at unfettered access to customers in every state, versus alcoholic-beverage wholesalers, who fear elimination of their role as profit-making middlemen in a three-tiered regulation system set up after Prohibition ended. So far a majority of Supreme Court justices appear sharply critical of states that prohibit consumers from buying wine directly from out-of-state wineries.

FREE LAWRENCE.COM T-SHIRT TO ANY CONFIRMED, IN-COURT RE-ENACTMENTS OF THAT DELIGHTFUL PAULY SHORE MOVIE*: The chance of being called for jury duty is better than ever in Douglas County. Registered voters are automatically entered into the potential jury pool. According to County Clerk Patty Jaimes, the county in November had 65,181 registered voters, up 8,824 from just five months earlier. There's another reason county residents stand a better chance of being summoned: more jury trials. *Offer not redeemable by persons re-enacting scenes from "Jury Duty."

EASY TO SAY WHEN YOU'RE NOT THE ONE GETTING SHOT AT: Secretary of Defense Donald Rumsfeld took tough questions Wednesday from troops preparing to go to Iraq -- including a query about the lack of armor on some Army vehicles. "As you know, you go to war with the army you have, not the Army you might want or wish to have at a later time," Rumsfeld responded. Rumsfeld was later criticized for his response. Rumsfeld also said that manufacturers were not able to keep up with demand for armor kits for war vehicles; his assertion was quickly rebuffed by manufacturers, which said the Army had not ordered as many kits as they were able to produce per month. 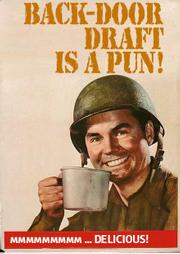 THE "BACK-DOOR" DRAFT CONTINUES: Army Reserve resignation requests have jumped from just 15 in 2001 to more than 370 during a 12-month period ending in September. To preserve its leadership ranks, the Reserve increasingly has rejected resignation requests, forcing some officers to stay on even after they have fulfilled their eight-year service requirement. The resignation requests are another sign of a military under strain during the protracted war in Iraq, where more than 40 percent of the U.S. forces are drawn from the ranks of Reserve and National Guard.

DAMN, IT'S GOOD TO BE A RETIRED GENOCIDAL DICTATOR: In the year since he was captured and hustled away to a secret location, Saddam Hussein has taken up gardening, undergone a hernia operation and written poetry that one visitor describes as "rubbishy." What he has not done is meet with any of the 20 lawyers claiming to represent him. And with the country in the grips of an insurgency, predicting when Iraq's most famous prisoner will be tried is no easier now than it was on Dec. 13, 2003, the day he was pulled from his hiding spot near his hometown of Tikrit. 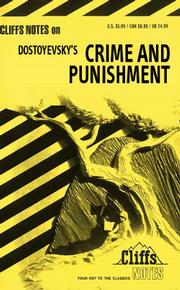 AFTER FIVE DAYS, 40 WITNESSES, AND WATCHING 10 HOURS OF INTERROGATION TAPE, PRELIMINARY HEARING NEARS END: A key witness testified Wednesday that a K-State professor charged with murdering his ex-wife said in a telephone conversation, "All I see is the blood, all the blood." The information is critical because at the time confes... er, professor Thomas E. Murray made that remark on Nov. 15, 2003, police hadn't yet told (professor) Murray how Carmin D. Ross died, family friend Gay Crossley-Brubaker said. She testified that in the same conversation, (professor) Murray told her he had murder-related information on a computer that was seized by police because he was thinking about writing screenplays for the television show "CSI: Crime-Scene Investigation."

Prosecutors have said that computer evidence showed that in the days before the killing, (professor) Murray researched subjects that included odorless, colorless poisons and how to kill someone quickly. Prosecutors did not comment on whether they had uncovered the Cliffs Notes for Dostoyevsky's "Crime and Punishment" among (professor) Murray's personal effects.

FREE LUNCH COMES WITH A HITCH: According to the Census Bureau, the number of children between ages 5 and 17 living in poverty in Douglas County increased to 8.6 percent in 2002 -- up from 8.5 percent in 2001. Statewide, 10.5 percent of Kansas children were counted as poor, down from 10.8 percent in 2001. Both Douglas County and Kansas were well below the national average of 15 percent in 2002. However, numbers for participants in the free and reduced-cost lunch program at state and local schools, however, suggest about a third of all students could be considered poor.

CANADA PROBABLY NOT REPUBLICAN: Canada's Supreme Court on Thursday declared same-sex marriages constitutional, underscoring the sharp contrast on the issue between Canada and the United States. The court gave the go-ahead to Parliament to pass a national law legalizing gay marriage, a step that has strong public support in Canada. If the law passes, Canada would join Belgium and the Netherlands as the world's only countries to fully legalize such unions.

OK, BUT WHERE'S THE KWANZAA TRIMMINGS? For several days, people speculated as to why no Christmas tree was standing in the rotunda of the Douglas County Courthouse - some became angry that county officials were succumbing to political correctness. It got to the point that County Administrator Craig Weinaug felt the need to address the issue: "The tree has been there. It was just on the second floor," Weinaug said in a telephone interview Wednesday.