Do you think the Game of the Year is predictable? You're probably wrong.

Did the big nominee-getters actually get many awards? Did the game you voted for get the Gamer's Voice Award? Find out below.

Ten independent reviewers from across the nation voted much like the college basketball coaches poll for their favorite video games in each category. Points were tabulated in a similar fashion which determined each winner.

"From boot up to trophy presentations, ESPN-ness oozes from every pore. Chris Berman delivers his best from the Sportscenter desk, introducing the teams with his trademark flair. Even at the half, you are treated to a highlight show reel as Berman recaps the best plays of the half...and you see it from the most realistic camera angles. (Note: Unfortunately PS2 owners must own the optional hard drive for this presentation perk.) Remember how real the player animations looked from afar last year? Well that has improved even more, if you can believe it. While Madden retains an obvious video game look, ESPN NFL will cause many-a double-take, inspiring such comments as "is this real, or..."" 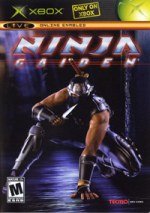 "It will probably take you just over 20 hours the first time through. Well, that's what the game will record. What it won't account for is the time spent dying and retrying. So this could end up being a 30-hour action title. Some chapters take as much as two hours to complete while a couple later chapters can be run through in ten to fifteen minutes. And with Ninja Gaiden I, II and III to unlock, among other incentives, I'm sure you'll be playing beyond that...Few games bring about this much addiction. " 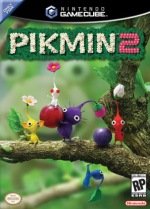 "Pikmin is definitely not meant for the lazy. Anyone wanting to rush through this game is going to have a frustrating time. If you don't manage your Pikmin correctly and don't take the time to calculate a plan, however simple it may seem, you will lose a boatload of your Pikmin in the blink of an eye. Understanding each type of Pikmin is imperative to succeed. But don't fear, the time limit that didn't let you truly soak in every inch of the levels in Pikmin 1 is gone. Take your time. The levels are bigger and exploring every inch never fails to be rewarding." 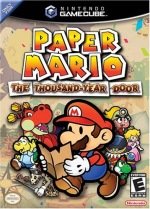 "...the Gamecube gets a stellar, quirky and amazing addition to the Paper Mario series with The Thousand-Year Door...a remarkable game with hours of solid fun. Nintendo loves for its games' gameplay to speak for themselves, louder than the sometimes lack of presentation polish. This, my friend, is a perfect example."

"Burnout 3: Takedown is spectacular. At its core, it's the single best arcade racer you will ever play. There is no room for argument. There are so many standards set by it that the only arcade racer that I can predict that could beat it is Burnout 4, if we ever get so lucky."

I hope we get that lucky. 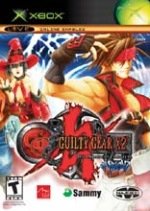 "Guilty Gear X2 #Reload takes the classic fighting game franchise to an exciting new level with enhanced anime-style visuals and compelling multiplayer support via Xbox Live," said Ken Gold, vice president of Marketing for Majesco. "This offering of a highly entertaining product at an attractive price-point appeals to both hardcore fighting fans as well as the casual, mass-market audience." 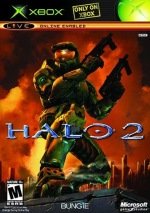 "Halo 2 is a great game, especially compared to any other console first-person shooter. Also, no console game comes anywhere near the robust and amazing online support and fun that Bungie has achieved with Halo 2...Immediately you'll feel right at home with the controls. It feels as tight as ever and still, to this day, no console first-person shooter has reproduced this accurate of control. "

Runner-up: The Chronicles of Riddick: Escape from Butcher Bay - Xbox 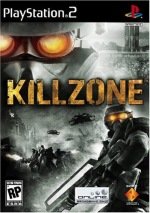 "In an era of planetary colonization, a ruthless separatist faction has launched a surprise attack on the ISA. Arm yourself against the Helghast, and become immersed in a powerful storyline wrapped around an all out action, first person shooter experience. With intense firefights and breathtaking graphics, Killzone delivers the grit and reality of a massive post-modern war. "

"The great part is, the AI is ruthless. Enemy cars will take no mercy on you. They will try to shove you into walls and cars with no conscience. It's extremely invigorating and it's almost as if they are real human players. "

Plus, there is just hours upon hours of content with an addicting online component.

"The Xbox Live component is amazing. It truly will revolutionize the way console online games are played. The 'Optimatch' and 'Quickmatch' options throw you into scenarios with players of like skill. The deep and intense statistics tracking available on Bungie.net are attached to your Xbox Live Gamer tag. It keeps record of how you died, by what weapon, your average lifespan and a gaggle of other bits that you can view. This is put up against the thousands of other players so that you can be quickly matched with people of the same level. You can get better and move up the world rankings using this system."

Ubisoft wins the award for the second year in a row. Almost everything it has published has been full of quality, delivering wonderful experiences in the Splinter Cell series, Prince of Persia series, Ghost Recon series among others. It's a wonder that quality matches the quantity most of the time, which is something to cherish. 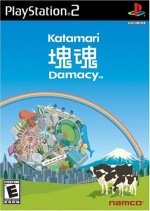 "Play is controlled with the analog sticks only. No buttons to press. No com bos to cause distress. Featuring ball-rolling and object-collecting gameplay me chanics of mesmerizing fluidity, reduced to Pac-Man simplicity, through pure absurdity. Dimensions change drastically as your clump grows from a fraction of an inc h to a monstrous freak of nature. Go from rolling along a tabletop to ravaging through city streets, picking up momentum, and skyscrapers along the way. Two-player battle mode lets you compete in a race to grow the biggest ball of stuff. Even the competition can be picked up, if your opponent is unfortunat e enough to get in your way. Enjoy quirky, infectious humor throughout--from the insanely cosmic animations, to the wacky and wonderful musical stylings, to the royally contagious storyline that's undoubtedly like no other. "

"The graphics are stunning. The character models are clean and detailed. The environments are equally awe-inspiring and everything runs at a smooth 60 frames per second. There is never a hitch. The bosses are incredibly creative and versatile from chapter to chapter. There is so much going on with the smooth animations and fast-paced battles that your roommates will just want to watch. What's even more is that the enemies constantly change from chapter to chapter. You will encounter countless original enemy designs right up until the final chapter. I can't remember this much variety in enemy design in any game before it."

"The music is sheer genius. Composer Marty O'Donnell has blended choral voices, orchestra, electronica and some Steve Vai guitar to perfection. His use of Incubus and Breaking Benjamin blends well, to my surprise. The soundscapes are moody and amazing."

I just can't remember the last video game soundtrack that stayed in my car as long as Halo 2's. It's still in there. 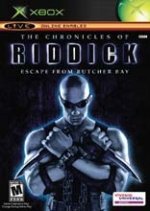 The Chronicles of Riddick: Escape from Butcher Bay - Xbox

"You are Riddick, the most wanted man in the universe in an original story set before the events in Universal Pictures' The Chronicles of Riddick (starring Vin Diesel), and the breakout hit Pitch Black, which first introduced the enigmatic anti-hero Riddick. Make a dramatic escape from Butcher Bay, the galaxy's deadliest prison, in this intense fusion of first-person shooter, fighter, and stealth adventure." 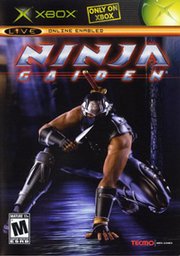 Ninja Gaiden came out early in 2004. But nothing has been as deep and rewarding in 2004 as this unforgettable revival full of fury and heart.

"...there are moments where I had to pause the game simply because I was in awe of how incredible this game truly is ... Ninja Gaiden is the definitive example of a fully realized third-person action game."

We gave it a 93%. Thank God we had other reviewers from across the nation weigh in on it as well. It just goes to show how much oustanding gameplay can pierce through camera issues. Congrats Tecmo!

You voted. We counted. We printed. This is your voice, gamer America!