New York — Most kids know the encyclopedia definition of Jackie Robinson, but the baseball player who in 1947 broke the color barrier in the major leagues was also a father who had to explain the civil rights movement to his three small children.

"Promises to Keep: How Jackie Robinson Changed America" (Scholastic, $16.95, ages 9-12) was written by Robinson's only daughter, Sharon, who offers a glimpse into the Robinsons' family life before, during and after his first tumultuous days with the Brooklyn Dodgers.

Sharon was born three years into her father's tenure with the team and remembers the highs, such as winning Brooklyn's only World Series title in 1955, as well as the lows, such as being refused at luxury Florida hotels during spring training despite her father's fame. She saw her parents' struggles from the perspective of a child, and thus tells the story in a way children can understand.

Published in time for families to share during Black History Month in February, "Promises to Keep" includes photos from the Robinson family archives and family letters that had never been published. The letters are mundane but touching, and they humanize the man who has become an icon of the civil rights movement.

One letter from the road implores the children to be good and says, "I am really proud of all of you and am always telling people I have the best children in the world."

A young girl also tells the story in "Ellington Was Not a Street" (Simon & Schuster, $15.95, all ages), written by Ntozake Shange, the author of the award-winning play "For Colored Girls Who Have Considered Suicide/When the Rainbow is Enuf."

The book is set in a house where actor Paul Robeson pops in for a visit, W.E.B. DuBois stops by for tea and jazz greats Dizzy Gillespie and Ray Barretto come in for a game of cards.

Rich illustrations by Kadir Nelson help tell the story of "children growing in the company of men, old Southern men and young slick ones," and the narrative flips back and forth between this magical place in the past and the present-day image of Ellington Street, with the narrator reminding her readers that "it hasn't always been this way."

To help parents use the book as an educational aid, the book includes an appendix with biographies of Robeson, DuBois, Barretto and Gillespie, as well as bandleader Duke Ellington, the Orioles lead singer Sonny Til, boxer Virgil Akins, musical group the Clovers and Ghana's former president, Kwame Nkrumah.

Jenkins' illustrations give the books a vibrant, abstract look, but the books offer extensive history lessons, not flights of fancy. Each includes a timeline marking the achievements of the two slain civil rights leaders.

For parents looking for information on African heritage, "A Pride of African Tales" (HarperCollins, $16.99, ages 6-10) by Donna L. Washington offers tales from Ghana, Republic of the Congo, Nigeria and Cameroon with brightly colored watercolor illustrations by James Ransome.

Other potential Black History Month lessons can be found in the following recent releases: 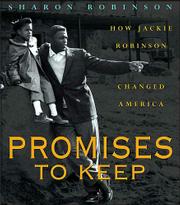