By By Hillel Italie - The Associated Press

New York — In the mid-1970s, Floyd Horowitz embarked on a long, one-man literary journey: to discover early, uncredited stories by Henry James, stories that had never appeared in book form.

Thirty years later, thanks to tireless research and the emerging field of statistical literary analysis, the former English professor declares his project a success. 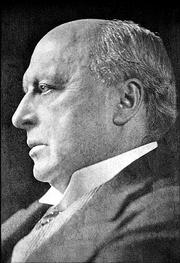 "I vowed to continue with this as long as I kept finding interesting material. And I kept finding it," says Horowitz, editor of "The Uncollected Henry James," a new anthology of 24 previously unpublished stories by the author of such classics as "Daisy Miller" and "The Turn of the Screw."

Now retired, Horowitz recalls reading James' "The Story of a Year," published in 1865 and believed the author's first signed work of fiction. Convinced that the story was beyond the abilities of a novice, Horowitz spent three decades looking for previous works through such 19th-century periodicals as the Newport Mercury and Arthur's Home Magazine.

Because young authors at the time often published anonymously or under pen names, Horowitz did not simply look for James' byline. Instead, he sought common themes and phrases and pen names, including "Mademoiselle Caprice" and "O. Chickweed." Horowitz then assembled a computer database that compared text he believed was written by James to James' other works and to material from other contemporary authors.

"I came to the conclusion that these early pieces provided a clear window into ... James' known fiction," Horowitz, who taught English and computer science at Kansas University and Hunter College, writes in the book's foreword.

Horowitz is among a growing number of scholars who rely on statistical research, which joins the traditionally alien worlds of literature and computer analysis. Computers have been used to examine authorship of countless ancient texts, including the New Testament gospels and Greek and Roman documents.

"There have been ups and downs, but over the years more and more people have accepted computer analysis," says Bernard Frischer, a professor of classics at the University of California at Los Angeles who used computers to determine the date of some writings by the Roman poet Horace.

The rise of statistical literary analysis, including a method known as "stylometry," dates to the 1960s when statisticians Frederick Mosteller and David Wallace resolved the authorship of 12 of the Federalist Papers. With scholars unsure whether the essays in question should be credited to James Madison or Alexander Hamilton, Mosteller and Wallace compared the word usage of each writer and concluded that Madison was author of all 12, a finding most historians agree with.

But Frischer acknowledges that such studies often do not provide definitive answers and that doubts remain about reliability. A recent case involved a 17th-century text, "A Funeral Elegy," that Vassar College professor Donald Foster identified in 1995 as a poem by William Shakespeare.

Numerous experts accepted the findings of Foster, who had deciphered that journalist Joe Klein was the "Anonymous" author of "Primary Colors," and the poem was added to prominent anthologies published by Longman and W.W. Norton.

But a few years later, French scholar Gilles D. Monsarrat released a study that contended the author was actually a contemporary of Shakespeare's, playwright John Ford. Foster agreed, and acknowledged he had failed to include Ford in his database as a possible alternate to Shakespeare.

"We're still at the birth of this field, and we still have a long way to go," says Richard Abrams, a friend of Foster's and a professor of English at the University of Southern Maine.

"But as more texts become available online and we have more information to draw conclusions from, the results will become more stable."

Some observers are already skeptical of the James book. Daniel M. Fogel, founding editor of the Henry James Review, a publication that comes out three times a year, says that "the texts themselves are not compellingly Jamesian." He also believes Horowitz's statistical arguments are not "sufficiently elaborated."

"The Uncollected Henry James" is being published by Carroll & Graf, which years ago released a popular compilation, "The Great Short Novels of Henry James." Company co-founder Herman Graf, a longtime James reader, says he was impressed by Horowitz's research and became "excited" about the book.

But Graf acknowledges he did not read all the stories and that some academics declined to offer blurbs, citing concerns about authenticity. Still, he believed the book worthwhile, if only to start a debate.

"This is not a science, and you can never be sure, but I thought it would be of interest to people who love James and would want to decide whether these stories were really his," Graf says.

In picking out possible stories, Horowitz relied on encyclopedic knowledge of James, not just of his work, but of his life, including the books he read as a child. Horowitz's awareness that the author was studying Latin helped convince him that James had written "A Pair of Slippers," a fable that appeared anonymously in The National Magazine in 1852, when James was around 9.

"James plays a number of word games with his Latin vocabulary," says Horowitz, who notes that children often published stories then. "Sometimes he would translate a whole passage of Latin and insert it into a story."

Horowitz also cites the role of James' father, Henry James, Sr. The elder James was a leading advocate of Swedenborgism, a mystical, highly unorthodox form of Christianity, and his son was duly influenced. Stories such as "The Rainy Day" and "In a Circus" are among those that feature young people who embody Swedenborgian ideals of spiritual peace and social compassion.

"He felt that her heart was true, even though surrounded by worldly wails, and folding her to his breast, he told her that she was forgiven," James writes at the end of "The Rainy Day," in which a frivolous young woman is redeemed through the love of a virtuous man.

"And together they breathed a solemn compact never again to neglect the sufferings of the poor."

Neither Horowitz nor Graf claim these pieces match the standards of James' greatest work, but they say the book reveals a steady creative progression. Graf points out that James' prose style changed so much through time, becoming increasingly dense and introspective, that even his known works often don't resemble each other.

"You're not the same person at 15 as when you're 25 or 45," he says. "I remember reading some early fiction by Balzac, and you just can't believe this is the same man who wrote the later books. But you go on further and dig deeper, and you see the connection."