Nashville, Tenn. — Dolly Parton and Dwight Yoakam have sold more than 122 million albums between them. So when they make a new record, top labels line up, right?

The truth is, major record labels are looking for new Dollys and Dwights, not the old ones.

"I couldn't get a decent deal with a good big label," Parton said of her turn to the Durham, N.C.-based independent Sugar Hill Records a few years ago. "I'm past the age group where they thought I could sell records for them."

Parton's last four albums have been on independent labels, while Yoakam's latest is distributed by the Nashville-based independent Audium Records.

The story is the same for many veteran country stars. With major labels hyping fresh young acts, artists past their commercial peak are looking for a second home.

Some artists, such as Yoakam, record on their own label, then distribute the music through an indie; others take a more traditional approach and let the label handle everything.

Either way, indies are thriving. Once a haven for struggling and offbeat artists, they have become an option for more traditional, established stars as the major labels consolidate, slash their rosters and focus on blockbuster acts. 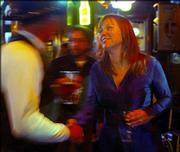 Only five major music companies remain in the industry: Universal, Warner Bros. and EMI, plus Sony and BMG, which are planning to merge. Meanwhile, the number of independents in Nashville has grown -- Rounder, Dualtone, Audium, Equity, Broken Bow and others.

"In the heyday of country, artists had eight or nine major labels to shop. It was like a baseball free agent," said Nick Hunter, president of Audium Records. "Now, there are only three or four major labels out there and six, seven or 10 independents."

Because the indies don't have as much overhead as the majors, they can turn a profit selling far fewer albums.

"Most major artists don't break even until they exceed 800,000 units or more," said David Herrera, an instructor at the Belmont University Curb School of Music Business in Nashville. "For some independent artists, 20,000 units is a big deal."

For the label, landing a veteran artist is a coup. The artist is already well-known, has a fan base and a core audience that will buy their records.

The artists say the indies give them more freedom, which can lead to some of the best work of their career. Parton, for example, released a bluegrass album on Sugar Hill and won a Grammy award in 2001. She won another Grammy in 2002 for her rendition of the song "Shine," a hit for the rock group Collective Soul.

"I wouldn't have been able to do it" on a major label, Parton said. "You're never able to do what you want to do on a major label. There are too many bosses, too many people with too many opinions. By the time you're done with it, it's so screwed up you don't even recognize it."