New York — Harry Potter is back, and it looks like he's worked some sex appeal magic on the muggle girls.

Throngs of screaming adolescents packed midtown Manhattan for a glimpse of their favorite Hogwarts hunks -- in town for Sunday's world premiere of "Harry Potter and the Prisoner of Azkaban" at Radio City Music Hall. 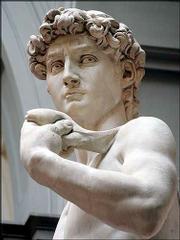 Rupert Grint, left, Emma Watson, center, and Daniel Radcliffe walk the red carpet during the New York premiere of "Harry Potter and the Prisoner of Azkaban." The event was Sunday.

The 500-person crowd -- mainly teenage girls who have grown sweet on Harry and his magical entourage since they first held young readers spellbound in 1998 -- stood 10 deep in spots.

The movie, based on the third book in the best-selling J.K. Rowling series, is the first to be directed by Alfonso Cuaron, better known for the more salacious "Y Tu Mama Tambien" than for his children's fare.

The plot line pulses with teenage angst, as Harry enters his junior year at Hogwarts School of Witchcraft and Wizardry and must face soul-sucking vampire creatures and a wizard, played by Gary Oldman, who may or may not have killed his parents.

Cuaron was aware of his actors' budding adolescence on the sets of "Azkaban." In one scene, Harry -- 14-year-old actor Daniel Radcliffe -- struggled with an appropriately awe-struck face, Newsweek reported.

Cuaron's suggestion? "Pretend you're seeing Cameron Diaz in a G-string."

Radcliffe had little problem striking a similarly shocked expression Sunday when he was greeted with a wave of high-pitched squeals upon stepping out of his limo.

Special screenings of "Harry Potter and the Prisoner of Azbakan" begin June 3.