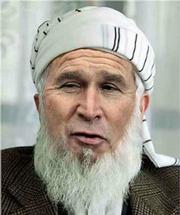 I, FOR ONE, WOULD LIKE TO WELCOME OUR NEW REPUBLICAN OVERLORDS: President George W. Bush retained office last Tuesday with 51 percent of the vote over Sen. John Kerry. Bush said the vote represents a "mandate" to make further tax cuts and privatize Social Security.

CHOOSE LIFE. CHOOSE CANADA: A 25-year-old from Georgia who was apparently distraught over President Bush's re-election shot and killed himself at Ground Zero in New York City.

HEAVY CASUALTIES EXPECTED: The number of dead and wounded from the expected battle by American Marines to retake insurgent-controlled Fallujah, Iraq, probably will reach levels not seen since Vietnam, a Marine doctor said Thursday.

THE MAN AT IT AGAIN: Lawrence Police arrested nine war protestors downtown Saturday; police said the demonstrators had failed to heed warnings to get out of the street.

COME FLY WITH ME, FATTY: America's growing waistlines are hurting the bottom lines of airlines, as the extra pounds on passengers are causing a drag on planes, the government reported Thursday. The extra 10 pounds carried by Americans in the 1990s caused airlines to spend another $275 million in fuel in 2000.

GIVE ME A TINY CIGARETTE, DAMMIT. California researchers have pinpointed a single molecule that may be partly to blame for nicotine's addictive allure. The research was done on mice genetically engineered to be hypersensitive to nicotine.

WEST KANSAS GANGSTAS DENOUNCE THE MOVE: Dodge City officials decided Monday to ban pit bulls, after two dogs were killed by a pit over the summer. People who already own pit bulls can keep their dogs, though they'll have to be registered with the city.

AT LEAST AIR WILL STILL BE CHEAP: The Lawrence City Commission is expected to change water rates this week. Commissioners are looking at several different options, including one that will reduce water bills for small users - but hike bills significantly for people who regularly water their lawns.

WHAT ARE TEENS TO DO NOW? The Douglas County Commission has begun discussions of a requirement to move big mailboxes away from country roads. Rural residents have built steel-and-concrete mailboxes in recent years to deter vandals, but officials say they now pose a danger to drivers who might accidentally hit the boxes.

NOW WE CAN PRETEND THE FOOTBALL SEASON NEVER HAPPENED: The Kansas University Jayhawks opened their basketball season with a 115-70 exhibition victory over Emporia State University on Sunday night. The Jayhawks are ranked No. 1 in the ESPN/USA Today poll. 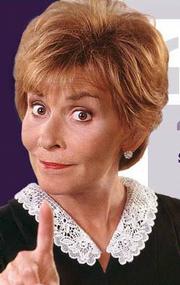 IT'S NOT TOO LATE FOR THE FLU VACCINE. UNLESS YOU'RE ALREADY SICK: Kansas University might donate leftover flu vaccine doses to the Lawrence-Douglas County Health Department, which has run short because of a national vaccine shortage. KU officials said they had nearly 300 doses that hadn't been used by students.

WHO'S THE BOSS, APPLESAUCE? The family of a 10-year-old Lawrence girl who was bit by a neighbor's dog has been invited to sue the dog's owner on "Judge Judy." But the dog's owner said he preferred to settle the case in local court.

WE THOUGHT HOSPITALS WERE SUPPOSED TO BE UNCOMFORTABLE: Lawrence Memorial Hospital officials say they're considering a $35 million expansion to improve the privacy of 60 rooms, as well as to improve the hospital's surgery, obstetrics and emergency departments.