These scary movies may not be well known, but they are certainly spine-tingling

Hours have been consumed watching "The Exorcist" -- all four of the films, even that stupid new "Beginning" sequel.

Face it, you're ready to get some Halloween jollies elsewhere. So here are a few personal cinematic favorites that have the power to shock, repulse, terrify and occasionally freak out the viewer. They range from black-and-white classics to TV anthologies to shot-on-video indies.

Even horror aficionados may have let a few of these not-so-well-known horror gems slip through their icy grip.

Leave it to director David Cronenberg ("Dead Ringers") to wrap a film around a New Age psychologist (Oliver Reed) whose controversial technique allows his patients' negative emotions to physically appear as welts and sores on their flesh. Further exploring Cronenberg's favorite theme -- the body turning in on itself -- "The Brood" centers around a woman (Samantha Eggar) in the good doctor's care whose anger manifests itself even further, spurring the creatures of the film's title to carry out her unconscious thoughts. This 1979 Canadian offering was obviously shot on a meager budget but nonetheless maintains a queasy balance between the suspenseful and repellent. 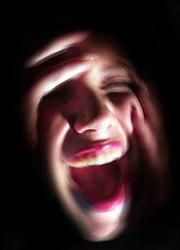 I vividly remember watching this film with friends when it originally made its debut on HBO in 1980. What started as a few obnoxious high schoolers taking the "Mystery Science Theater" approach to what they assumed would be a dopey movie soon turned into three terrified teens huddled on the sofa. George C. Scott plays a music professor who moves into an old house occupied by the spirit of a wheelchair-bound boy. A series of diminishingly subtle clues lead Scott to the secret of the kid's untimely death and those responsible. Some innovative camera work highlights this old-school haunted house movie.

Vincent Price stars as "the witchfinder general" (the original British title of the film), a brutal Puritan executing "witches" during the English Civil War of 1645. Richard Marshall (Ian Ogilvy) is a soldier fighting for Oliver Cromwell's Roundheads whose fiance is violated by the witchfinder. Marshall vows revenge, generating intense though bloody results. Director Michael Reeves committed suicide shortly after this 1968 effort was released, and that tortured spirit permeates the project. "The Conqueror Worm" is as downbeat, nihilistic and hostile as it gets. Even the ending in which the bad guy gets his come-uppance is curiously hollow, offering little redemption for any of those involved.

Fire in the Sky

This 1993 alien abduction tale is unremarkable except for its climax, which features 10 of the scariest minutes ever put down on celluloid. "Fire in the Sky" is based on the rather well-known account of Travis Walton (D.B. Sweeney), a lumberjack whose disappearance ignites a police investigation of the man's co-workers after they witness him being abducted by a spaceship. While the majority of the story is perfunctory, the lengthy flashback sequence where Walton awakens as a hostage aboard a gravity-free alien craft vacillates between gruesome and downright unwatchable.

Jessica Harper attempts to steer clear of the evil that lurks the halls of a German dance academy in Dario Argento's "Suspiria." Renowned for its vivid, dreamlike visuals, the film was one of the last to be produced using the Technicolor process.

No, this is not the lame, effects-heavy remake from 1999. This is the quintessential haunted house film, a black-and-white psychological masterpiece that fully displays why blood and violence are often unnecessary elements in a horror setting. An anthropologist, two mediums and the skeptical heir of the mansion spend the weekend in Boston's infamous Hill House. Mounting suspense, disturbing sound effects and a peculiar performance by the already spooky Julie Harris propel this adaptation of Shirley Jackson's novel, "The Haunting of Hill House." By the picture's end, you are not sure what supernatural events (if any) have actually happened.

Most filmmakers will admit that half the battle of crafting a horror movie is finding the right setting. Mission accomplished with "Session 9." The 2001 flick was shot in the real-life Danvers State Hospital in Massachusetts, a labyrinthine institution constructed in the 1800s but abandoned in the 1980s. An asbestos removal crew (led by Peter Mullan and David Caruso) low bids its way into cleaning the place, only to be overtaken by the building's mysterious past. The title refers to tapes of a nine-part session that one of the workers finds in which the progress of a female multiple personality case is recorded. While I've yet to meet anyone who liked how the movie ends, its claustrophobic creepiness soaks into the skin as unavoidably as the asbestos the doomed men are trying to purge. 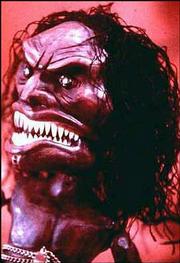 "The only thing more terrifying than the last 12 minutes of this film are the first 92," boasts the tagline of "Suspiria." The 1977 masterpiece from Italian director Dario Argento can back up that claim, thanks in part to the stylistic flourishes he favors: ornate set pieces, bizarre lighting, exaggerated use of primary colors. The distinct look of the movie helps elevate the hypnotic aspect of the viewing experience. Jessica Harper portrays an American ballet student who travels to Europe to attend an elite private school, only to discover it is run by a coven of witches. Some of the film's material is overly garish (the opening killing in particular), yet the final act is a tour de force of nerve-wracking dread.

This made-for-TV trio of tales is best remembered for its superior finale, an adaptation of Richard Matheson's short story "Prey." Karen Black portrays a woman who is given a foot-high, spear-toting tribal doll that comes to life and stalks her throughout her home. Taut scenes include Black locking the rabid doll in a suitcase then trying to wrench away the razor-sharp spear that it has poked through the lid, all while her fingers are being shredded. The 1975 episode's frenetic pacing and low angle shots are only matched by its menacing final image.