Spider-man 2 is one of those rare movies that outdid its predecessor in every way. This is a major achievement considering how good the first movie was. And although Spider-man 2's video game companion makes the same leap of improvement, its predecessor was easy to improve upon. 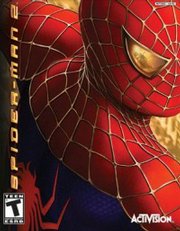 Many gamers complained of the first Spider-man's lack of fun. After the web swinging novelty wore off, it had not much else to keep you playing. This time around, the web-swinging feels more authentic, you know, like real spider-men. Seriously, the gameplay does suck you in more immediately, especially since the entire city of New York is explorable from top to bottom. You guessed right, S-M2 is more open-ended in a Grand Theft Auto kinda way.

Immediately you feel more free to roam and swing like a madman, wasting an endless amount of time whooshing by multiple solid objects for an unmatched adrenaline rush. It really is that much fun.

The bosses are also much more challenging. And save for a few bothersome camera issues, these square-offs against The Rhino, Shocker, Mysterio, Black Cat and Doctor Octopus are quite fun. If you have performed well along the way, you are rewarded "Hero Points" that go toward upgrading your moves, which makes combat all the more interesting.

Of course, outside of the famous showdowns, the combat can get rather dull. You'll find yourself swinging wildly to nowhere just to escape the boredom facing off against the repetitive and idiotic AI of the normal enemies.

The cutscenes and voice acting all feature the main stars, even the indy-favorite Bruce Campbell. The dialogue is funny, engaging and beautifully acted...for a video game.

The graphics definitely are a marked improvement over its predecessor. Not only is the entire city fully rendered to explore, but the reflections and lighting really add a pinch of realism to the city you are swinging wildly in. The music and sound effects, while not as impressive as the graphic filters, also add an excellent touch to the experience.

Spider-man 2 is almost a rock-solid "A." I love swinging around; as I am sure you've guessed, but the normal enemies and repetitive find and seek missions are too bland to give it such a distinction. But I have no doubt that Spider-man 3 will fine-tune these issues and we'll have another winner on our hands the next time around.