Did your pick get Game of the Year? 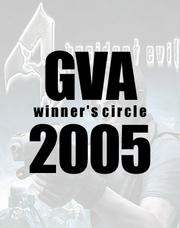 Without further ado, here are your Lawrence.com 2005 Gamer's Voice Award winners with runners up: 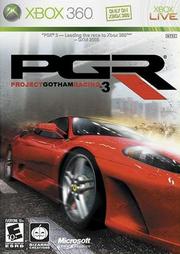 The Project Gotham series has always had the best looking car models on the Xbox consoles and number three is no different. The car models are quite impressive with their proclaimed 40,000 polygon exteriors and 40,000 polygon interiors. Most of the time it is impossible to tell there are any vertices on the cars, though a few models have some distinct points to them, however, to see these points takes a concentrated effort. Andrew 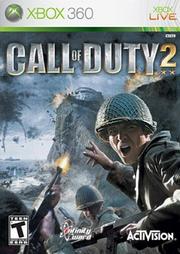 The grade A voice work and Spielberg quality surround sound and effects give Call of Duty 2 a Hollywood-caliber presentation. Few other games give such immersion, throwing you into a believable war universe than CoD 2. An exquisite piece of audiological mastery. Matt 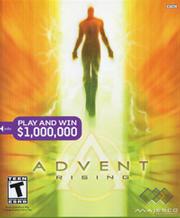 Despite the nearly-broken game, the music is masterful (when it triggers correctly). The originally composed score is fresh, gripping and was recorded with a 70-piece Hollywood orchestra and it sure feels like it. The title screen theme alone demands a gut-wrenching reverence, making the player think he's in for something truly special. God of War's themes were amazing as well, but it had the extra bolster of being the backdrop to an amazing game. Advent's music stuck out when there was no gameplay support to be had. Matt and Nick

Let's be honest, it was a down year for shooters. Luckily there were a couple of diamonds in the rough. Call of Duty 2 for the PC translated to the new 360 perfectly. Tight controls, intense battles, great design and solid online gaming made Call of Duty 2 a no-brainer over other console offerings. - Derrick 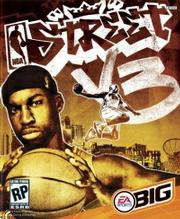 NBA Street V3 is not only the best in the series, but it continues the legacy of the street series in arcade hoops. Midway's NBA Ballers can't hold a candle to Street's greatness. The Street series has personality now, with a much-improved single player campaign, online play, and true three-on-three action with the help of five of your friends. This game is that close to sweet perfection. - Hanluen 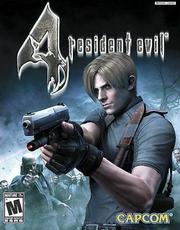 Resident Evil 4 wastes no time in throwing the player right into the action. The main village area at the very beginning of the game is instantly challenging and extremely intense. Pitchforks, axes, and a chainsaw-wielding maniac are just a few of the dangers you'll encounter in the first 15 minutes. Amazingly, this intensity and edge-of-your-seat gameplay does not let up at any point throughout the nearly 20-hour quest. In fact, it constantly introduces new gameplay mechanics, innovative boss fights and a slew of new weapons and enemies as you progress. - Dan 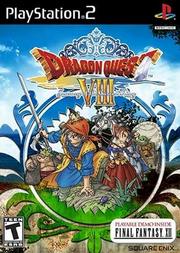 Dragon Quest VIII boasts great battles, excellent visual style and a freshness the series has been longing for. The game is long and takes quite a bit of effort to complete. The gameplay will suck you in and you will most likely be playing this game exclusively for a couple weeks. This is what I look for and love about RPG's and that's why this is my pick for RPG of the year. - Hanluen 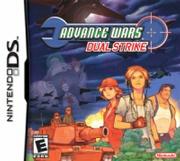 The excellent gameplay from the previous Advance Wars titles is back in full form, and it's just as intriguing as ever. If you lose a battle, it's directly because of player error. Each map forces you to look over the situation thoroughly before proceeding. Do you take out that battleship first, or should you try to secure a bunch of buildings right off the bat? It's an intricate combination of battleground tactics and fund management and it can be very rewarding if you play your cards right. - Dan 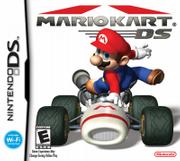 At the end of the day, Mario Kart DS is a success in every way imaginable. The online experience is solid, the multiplayer mayhem is as fun as it has ever been and the robust single player modes have enough to keep anyone busy for several hours. This is inarguably the no-brainer, must buy, system-selling title that will lead the holiday charge for the Nintendo DS and could be the most fun racer of the year. - Matt 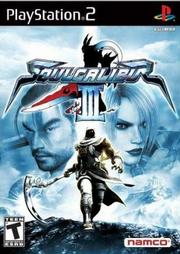 Soul Calibur III is a game that gets better with each time you play it. You're always learning new moves, there's a huge amount of things to unlock and buy, and the new Tales of Souls mode offers a new experience every time you play single-player. While Chronicles of the Sword may be completely disappointing, the new characters and graphics certainly are not. A must-purchase for any fan of fighting games. - Dan 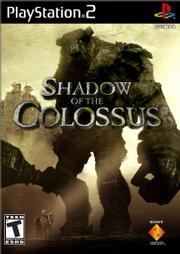 Shadow of the Colossus PS2

From a conceptual standpoint, Shadow of the Colossus is a winner out of the box due to its originality. The adventure consists merely of a vast, sprawling overworld where you ride on horseback to one of 16 colossi, engaging in memorable boss battle after memorable boss battle. That's right. There are no pesky enemies along the way. None. The entire point of the game is to seek out and bring down these huge-a-ma-gantic beasts born of stone and matted hair. - Matt

I had to stop playing Mario Kart to write this little blurb for Matt. Let me get back to my game, dude! But seriously, take away the new Wi-Fi features, and Mario Kart DS is just as addicting. There is so much to do in the Kart world where the core, addictive gameplay went unscathed. It's my DS title of the year. - Julie

Gotham TV is a new system that allows up to 40,000 people to watch one race. This may at first sound like a useless feature, but when it is possible to watch the top racers compete no one will debate how awesome a feature Gotham TV really is. On top of that, Gotham TV allows anyone to watch any of their friends race. To be honest, it is quite an ego boost to finish a race and have multiple friend requests waiting just because of a broadcast victory. - Andrew 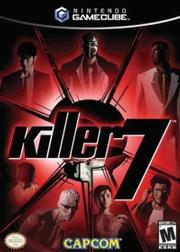 While titles like Katamari Damacy, Incredible Crisis or Gitaroo Man may scream loony Japanese eccentricity, Killer 7 oozes pure style. Within minutes of pressing the power button, you start to realize the level of insanity you're about to experience. You're immediately introduced to a super-sleek graphical style, crazy cutscenes and some thick atmosphere. Every little aspect of the game is fully realized in the visual sense. Something as simple as changing your persona becomes a visual treat when you see the color wash out of the screen, followed by your character bursting into a million blood particles. - Dan 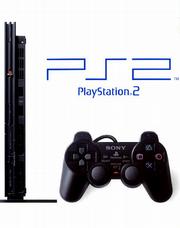 Talk about a heated battle. The DS and PS2 saw many great titles this year, but only one could get the crown of best system of the year. The oldest active current-gen machine pulls it out in the end: and who can argue with games like Resident Evil 4, God of War, Shadow of the Colossus, Guitar Hero, We (heart) Katamari and so on? - Matt

As heated as the PS2 vs. DS battle, Nintendo squeaks out a repertoire victory for bringing a slightly more consistent stream of solid first-party titles to the gaming world. No doubt most, if not all, of the games were for the DS, but it was a great year for the big N regardless. - Matt

Game of the Year

The race wasn't even close. With a total of 40 out of a possible 50 points and eight first place votes, RE4 is hands down the best video game of 2005.

Not only is Resident Evil 4 a much-needed shift in the series, but the new gameplay elements and stunning production value will completely resurrect fans and inspire any new survival horror title.

It can't be stated enough, Resident Evil 4 is a triumph of epic proportions. That should mean a ton coming from someone who was never a substantial fan of the series. It will surely resurrect not only Resident Evil games but the entire survival-horror genre. With amazing and satisfying gameplay matched with unrivaled presentation, it's sure to go down as one of the best games ever made.

Nicely done. I'm happy RE4 came away with a landslide as it deservingly should have. Can't wait for the upcoming year; we've got two new systems coming out and Zelda.

Wow . . . These seem a little . . . Well . . . Biased towards Playstation. That's one thing I HATE. People only look at the mainstream games for Xbox.

"Xbox doesn't have any good games!"

Open your eyes and look! Get Xbox Live, look a bit, and OH MY GOD! Xbox is AMAZING in game choice!

Well gee, the system just now came out. Developers are still getting used to the technology. Look at the difference between the Halo 1 graphics as compared to, say, Ninja Gaiden. A few years difference and MAJOR improvements. Give it some time and you'll see the improvements!

System biases are pathetic. All systems have something to offer.

THE VOICE OF REASON HAS SPOKEN!

Maybe you didn't notice how well DS did. ...or that the 360 took four of these awards home.

Being the ringleader of the l-com reviewers, I always point out biases and fanboyisms. And I must say all of our guys are about the games, no matter which system they're on.

Bring examples of this so-called "bias" when 10 critics from ten completely different tastes meshed scores together to get this list.

Frankly, the PS2 is my LEAST played system at home. However, there were surefire AAA titles that no neutral gamer can deny in 2005.