Here are 10 terrific games to tempt you

While many young gamers crave video games from the edgy Mature titles, there's really no reason to fuss. There are plenty of great games rated "T" for "Teen."

The follow-up to the first 3D game in the "Metroid" series outdoes its predecessor. It's a first-person adventure game, meaning you see the action through the eyes of the main character, space bounty hunter Samus Aran.

Environmental puzzles and battles with alien monsters will challenge players of all ability levels. "Echoes" has Samus exploring both "light" and "dark" mirror versions of the planet Aether. And it's one of those games that continually hint at what's ahead, luring gamers deeper and deeper into a fantastic adventure. 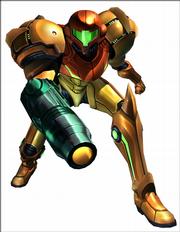 The games industry calls it a "massively multiplayer online role-playing game," or MMORPG. What that means is that you and a lot of other people can go adventuring together and live an entire life away from reality. "WOW" makes it awfully hard to resist, especially if you like to micromanage everything - and slay a lot of monsters. Also try "Everquest 2" for PC and "Final Fantasy XI" for PC and PS2. Or, for a less medieval game, try "The Sims 2" for PC.

Re-create the best battles from the "Star Wars" movies. Just pick a character and drop into the fray. Work alone or with an online team to capture every base, or "node," on a battlefield and win the day.

If you're into ancient "Star Wars" lore and role-playing games, this is for you.

Learn the origins of the Sith (those who wield the power of the Dark Side of the Force), and choose your destiny in an epic adventure that spans the "Star Wars" universe.

Other role-playing games you should try include "Shining Force: Resurrection of the Dark Dragon" and "Baldur's Gate: Dark Alliance" for GBA; "Baten Kaitos: Eternal Wings & the Lost Ocean" and "Tales of Symphonia" for GC; "Baldur's Gate: Dark Alliance II" for Xbox; and "Star Ocean: Till the End of Time," "Shadow Hearts: Covenant," "Phantom Brave" and "La Pucelle: Tactics" for PS2.

The third game for the fox-like Ratchet and his robotic sidekick Clank, "Up Your Arsenal" takes players online for battles much like those of "Star Wars Battlefront." However, there are more weapons and more things to blow up.

Jak and Daxter wrap up their trilogy with a game you can get lost in. The duo find themselves stuck in the vast Wastelands and must battle monsters and explore tricky areas to solve the mystery of the Precursors.

Create a superhero from the ground up, and then use him or her to fight crime in an enormous virtual world. Go online to team up with other heroes. Also try "X-Men Legends" for GC, PS2 and Xbox.

A new fellowship is born with this "LOTR" role-playing game. Players control characters new to the "LOTR" universe in a wide-ranging adventure that parallels the events of the books and movies.

Also try the strategy games "Lord of the Rings: The Battle for Middle Earth" and "Rome: Total War" for PC.

One of the best racing games ever made, "Burnout 3" features a new slow-motion mode in which players retain control of their crashing cars. Parents: Be aware of this game's violent wrecks.

Take your team of "ghost" soldiers and infiltrate strongholds, protect the innocent and punish bad guys. This is a must for fans of sneaky sabotage games. Also try "James Bond 007: Everything or Nothing" for GC, PS2 and Xbox and "Battlefield: Vietnam" for PC.