On Sunday, Alonso Mayo will be attending his first Academy Awards.

Unlike nominees at February's star-studded, red carpet ceremony, Mayo won't be wearing a tuxedo, and he's not entirely sure who's hosting the event. But he already knows he's going to win.

The 26-year-old filmmaker is the recipient of a Student Academy Award for his short feature "Wednesday Afternoon." The recent American Film Institute graduate and 1996 Lawrence High School alumnus views this honor as a crucial step in his career.

"It's an encouragement to keep working," says Mayo from his home in Los Angeles.

"It's pretty tough to make it - especially in directing. It's brought us into the limelight."

The 32nd annual student ceremony is handled rather differently than the primary awards. There are only four categories - alternative, animation, documentary and narrative - comprised of three entries each. The 12 movies selected are already considered winners, but on Sunday they will be revealed as gold, silver or bronze medalists.

"Wednesday Afternoon" tells the story of Miguel (Jeff Licon), an East L.A. teen on the verge of finishing high school. His parents are divorced and he only sees his father (Jose Yenque) on Wednesdays.

"It's definitely a coming-of-age story for this kid," says Mayo, who based the film on a short story by Bolivian novelist Edmundo Paz-SoldÃ¡n.

"He's an American. His father is an immigrant. They see things in very different ways - maybe extremes. The kid has to make a choice. He has to either follow the values of his mother and accept the American way of doing things, or he can keep doing what his dad is trying to get him to do."

Turns out dad is a drug dealer who likes to take Miguel on his rounds. But the man's hazardous lifestyle has begun to affect Miguel's household, so he makes a deal with the police that leads to his father's arrest.

"When (viewers) finish the movie, different people have very different ways of seeing it," Mayo relates. "Some people say, 'The kid had to do it. He's doing the right thing. He's saving his family.' Other people are like, 'That bastard. You can't turn in your dad!'"

Rich Miller, who oversees the competition at the Academy of Motion Picture Arts and Sciences, says "Wednesday Afternoon," like all of this year's Student Academy Award-winning films, was selected "because of the high overall quality of the project."

"The performances, the script and the execution of all the film's components were exemplary for a student production," he says. "Alonso Mayo clearly displays the high level of directorial skill the Academy seeks to recognize and encourage."

Although a native of Lima, Peru, Mayo spent nearly 10 years living in Lawrence ... on and off.

His mother, Liliana, went to Kansas University to earn a master's and doctorate in human development and family life. She's currently an assistant professor at the university, but she runs a school in Peru for people with disabilities that often partners with KU on projects. 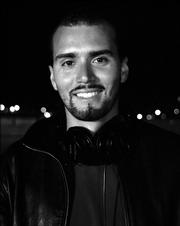 Alonso Mayo's short movie "Wednesday Afternoon" was shot for $40,000 and filmed in 35mm. Mayo is a recent graduate of the American Film Institute. He lived in Lawrence between 1986 and 1996.

"It was very crazy coming and going so much," he recalls. "It's just that shock of being in two very different places. Lima is a huge metropolitan city; it's a third world country. It was very violent during the time I was growing up. We had terrorism and a bad economy. It was weird going from that and coming to Lawrence, which is a great place to grow up. I got to see two very different cultures. That definitely helped me in understanding how people work in different places, in different realities."

Peru doesn't boast much of a film scene; despite a population of 25 million, only about five features are generated there per year, according to Mayo. But he says viewership for the traditional Oscars is still considerable.

"It's a pretty big thing to watch it in Peru," he says. "It's a funny thing to hear it translated. The jokes totally don't play."

So far the picture has appeared in 25 film festivals, recently making a stop at the Kansas City Filmmaker's Jubilee. Aside from screening the piece at those types of events, there are no plans to release it theatrically.

"I've been doing mostly shorts because I've been in film school," he says. "The only place you can see those shorts is at film festivals."

All that schooling has helped Mayo hone his skills, the strongest of which, he claims, is his organizational ability. 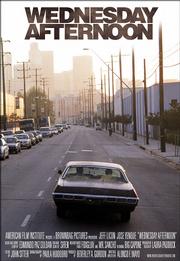 "Being organized lets you concentrate on the most important part of the shoot: what's going on in front of the camera with the actors," he says.

"Sometimes when things are not well organized, it's just hectic and you're trying to get the movie made when you should be worrying abut the performances - which is what the audience will eventually see. Nobody really cares what's going on behind the scenes."

Since making "Wednesday Afternoon," Mayo has already completed the thriller "Keeper of the Past," starring Adam Rodriguez ("CSI: Miami") and Stephen Bauer ("Scarface"). He's also working on several screenplays, one of which is a character drama set in South America that revolves around soccer.

All this and the exposure from the Student Academy Awards is keeping Mayo working in the profession he reveres.

"I'm not waiting tables," he says. "I get enough little things to get by. But until you get something big, I don't know how you can live on it. The first years off of film school are really hard."