With a little research, some of Lawrence's most colorful tales turn out to be utterly fictional

An ape-like creature stalks the forests of the Pacific Northwest. Bodies of alien visitors are recovered from a UFO crash in New Mexico.

From tales of hook-handed killers to legends about the kid whose combination of Pop Rocks and Coke exploded his stomach, every town, county and state has its own lore.

Lawrence is no exception.

With its colorful history and constant influx of new residents, the city has fostered a variety of resilient rumors and urban myths. Most are not true, however.

Lawrence certainly has more examples available than the 10 cited on this list. But these choices represent some of the more durable whoppers that can be easily dismissed with a little research.

MYTH: Tunnels underneath the Masonic Temple connect it to downtown businesses.

For being at such a high-profile location, few people can claim to have seen the inside of the vacant Masonic Temple at 10th and Massachusetts streets. Rumors have circulated for years that the 1912 building harbors an intricate network of tunnels that lead to other businesses owned by the Free Masons.

"I've been through that building in very close detail and there aren't any tunnels underneath there," says Jerry Johnson, a potential buyer who abandoned trying to turn the space into a music venue last year.

Johnson speculates the myth may have sprung up because the temple's kitchen sits directly beneath 10th Street. That, coupled with the fact that there actually are access tunnels downtown, has led people to assume the two were linked. 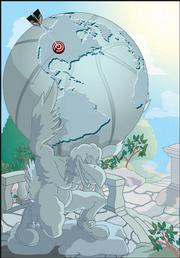 "In any case," Johnson says, "there aren't any tunnels you can get to through that building."

Desks may slither along the floor. Doors might refuse to shut. It's been a headache for those inside, and spurred some to wonder whether the eccentric building on Jayhawk Boulevard is slipping down the hill. But Wescoe Hall is staying put.

The building's footings go down to bedrock, but it's the first floor that's the problem, Corman explains. The concrete floor is set on the ground.

"Earth tends to move," Corman says. "They're not sliding down the hill, they're just moving up and down. We can't do much about it."

MYTH: Outside of Johnson County, Lawrence is Kansas' wealthiest town.

That seems to be more wishful thinking than fact, according to the U.S. Census Bureau. In the bureau's most recent personal income study, Lawrence residents had an average income of $26,976. That was only good enough to rank 202 out of 360 metro areas nationwide. And here's the even harder part for some to swallow: The city ranked behind Topeka ($28,306), Wichita ($30,060) and Kansas City ($33,335).

For years, though, many have taken solace by saying Lawrence's income averages are artificially low because of all the KU students who don't earn much. But now it seems like that argument doesn't hold much water, either. According to Census numbers, Lawrence fared better than only three fellow Big 12 communities. Among the communities that left Lawrence in their dust: Boulder, Colo. ($41,110), Austin, Texas ($31,135), Ames, Iowa ($28,119), and, yes, Columbia, Mo., home of the dreaded Mizzou Tigers, at $27,680.

MYTH: Basketball was invented in Lawrence.

While many faithful KU fans like to believe Lawrence is the birthplace of basketball, its connection to the city is purely by association.

Basketball inventor James Naismith (1861-1939) helped popularize the sport as the first men's basketball coach at KU - and is still the only person with that gig to suffer a career losing record. Yet the Almonte, Ontario, Canada, native first devised the game while a physical education teacher at Springfield College in Springfield, Mass. The rules were formalized in 1892.

James Naismith invented basketball in Massachusetts, not in Lawrence as popularly believed.

During the past weekend, police filed 70 written crime reports. Of those, only six happened east of Massachusetts Street.

Police say the city's problem spots are spread across all points of the compass, and trouble tends to arise anywhere there are a lot of people packed into dense, apartment-filled neighborhoods.

"We have areas all around town that are depressed areas," says Sgt. Dan Ward, a police spokesman.

In 2002, a couple living on Learnard Street were shot and killed by a home burglar, but since then all five of the city's homicides have happened west of Massachusetts Street.

And when the Brook Creek Neighborhood in East Lawrence had a series of burglaries earlier this year, residents were surprised. They say their neighborhood usually is a quiet one, full of children, couples and senior citizens.

MYTH: William Burroughs used to shoot guns in his back yard.

Literary icon William S. Burroughs (1914-1997) spent the last two decades of his life in Lawrence, residing in a modest bungalow at 1927 Learnard Ave. His affection for dabbling with firearms is no secret. But news of his neighborhood exploits is greatly exaggerated.

Instead, the author often ventured to the houses of other Lawrence acquaintances - albeit ones beyond the city limits.

"William preferred the company of his friends, outdoors at Fred Aldrich's house (mostly), trying out each others' pistols, then breaking for a couple of vodka-Cokes indoors - and then back out for more shooting," Grauerholz says. "He often remarked, 'See how a couple of vod-and-Cokes steadies my aim?'"

Langston Hughes is from Lawrence.

"(Hughes) was not born here," historian Katie Armitage says. "I think it's simply accurate to say that Lawrence was his boyhood home." 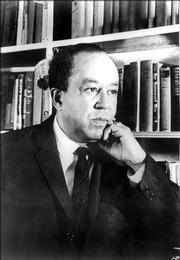 Writer Langston Hughes spent his childhood in Lawrence but is not a native of the city.

The celebrated poet and writer was born in Joplin, Mo., in 1902 and lived here almost exclusively from 1903 to 1915. He attended schools here.

It was long enough for Lawrence residents to pay homage to Hughes. One of Hughes' quotations is near the entryway to Lawrence City Hall. It reads: "We have tomorrow before us bright like a flame."

In the hall's yard stands the aluminum free-form mobile by Lin Emery. It's called "Flame."

In addition, the city's newest elementary school is named for the Harlem Renaissance poet.

Many people claim that as severe storms roll across the sky coming from the southwest, they split and go to the north and southeast as they approach Tonganoxie.

Some will tell you the famed "Tonganoxie Split" spares Lawrence and Tonganoxie from rain and tornados. No matter what they say, tornadoes struck Tonganoxie in 2000 and Lawrence in 2003.

Matt Sayers, 6News meteorologist, chalks it up to "old farmers complaining about lack of rainfall."

Brian Walawander, a meteorologist at the National Weather Service in Topeka, says he learned at KU that the myth developed because radar technology used in the 1960s and 1970s made it appear that storms were splitting near Tonganoxie when they really weren't.

"It's an artifact of radar meteorology used at that time," he says.

MYTH: Lawrence is home to the horse that Gen. George Custer rode in the Battle of the Little Bighorn.

Lawrence is indeed home to one of the more famous horses in American history, but it is not George Custer's steed. Comanche, the stuffed beast that has called Kansas University's Museum of Natural History home since the turn of the last century, is renowned as the only survivor of the Battle of the Little Bighorn. But the horse wasn't Custer's. Comanche instead belonged to Capt. Myles Keogh, says Tom Swearingen, the museum's retired director of exhibits.

"(Keogh) was a soldier of fortune that went wherever there was a fight to be had," Swearingen says. "He was the one person who kept his men fighting until the very end. He might have been a better leader in some ways than Custer."

The belief that Comanche was the only surviving member of the Army's party also isn't entirely true, Swearingen says. Several other Army horses were thought to have survived the battle but were taken by the victorious American Indians. Comanche was left behind because he was severely wounded.

MYTH: Lawrence is a liberal place.

Sure, Douglas County is the only county in Kansas besides Wyandotte that went to John Kerry in the November presidential election. But George Bush still won 41 percent of the vote here, and there actually are more registered, active Republican voters than Democrats in the county: 23,077 to 20,879 at last count. Another 22,551 voters are unaffiliated.

Until recently, Republicans had a longstanding lock on the county's top prosecutor job. When Dist. Atty. Charles Branson defeated Christine Kenney in the November election, he became the first Democrat elected to the job in 20 years.