"There is no place I know to compare with pure imagination. So go there and be free if you truly wish to be."

The lyrics to 1971's "Willy Wonka & the Chocolate Factory" serve as a perfect description of the summer movie season. It's a world of comic book heroes, fairy tale villains, aliens, bears and blondes in Daisy Duke shorts.

It's also a world of effects-driven blockbusters, sequels and remakes, including a modern updating of the beloved "Chocolate Factory" with Johnny Depp taking on the Wonka role.

Since summer officially began this week, here's a handy guide to the movie industry's salad days. Will it deliver some genuine cinematic classics or just some soulless commercial duds?

War of the Worlds

The dream team of Tom Cruise and Steven Spielberg reunite to tackle this epic, which has the pedigree to duel "Revenge of the Sith" for the year's top spot at the box office. A contemporary retelling of H.G. Wells' classic, "War of the Worlds" examines earth's invasion through the eyes of a divorced dockworker (Cruise) and his two kids. Spielberg had wanted to make the film a decade ago but put it off when "Independence Day" was released.

War of the Worlds.

Can Martin Lawrence ever be funny again? I guess that depends on if one ever thought the over-the-top comedian was amusing in the first place. He'll get yet another chance to impress with a comedy "where old school meets middle school." Lawrence portrays a prominent college basketball coach who gets demoted to a junior varsity team after an embarrassing public meltdown. Perhaps he lost to Bucknell.

It's surprising that the Marvel Comics superheroes who launched the company's 1960s rebirth are among the last of its A-list titles to make it to the big screen. (And no one is counting the 1994 version that was rushed into production so the studio wouldn't lose rights to the characters, then summarily shelved.) Marvel is hoping for another "X-Men" or "Spider-Man" and wishing to avoid an "Elektra" or "Blade: Trinity." Although it features a no-name cast and a director (Tim Story) whose last movie was the comedic bomb "Taxi," "Fantastic Four" does sport a smokin' trailer. Flame on!

A mother and daughter (Jennifer Connelly and Ariel Gade) take residence in a run-down apartment building where they are targeted by strange noises, persistent leaks and a buried secret. The film is another American remake of a recent Japanese horror movie, this one a version of 2002's "Honogurai mizu no soko kara." Let's hope "Motorcycle Diaries" director Walter Salles is capable of bearing a Ring not a Grudge.

Charlie and the Chocolate Factory 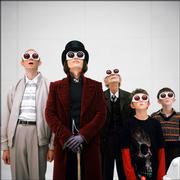 Charlie and the Chocolate Factory.

Filmmaker Tim Burton and Johnny Depp reteam to make a more faithful version of Roald Dahl's revered children's book. Although Burton ("Big Fish") claims he is no fan of the Gene Wilder musical, he will have to work extra hard to top that movie's quirky, dark humor. Depp has stated in interviews he approached Wonka as "part Howard Hughes reclusive, part '70s glamorous rock star."

"Life's a party. Crash it," boasts the tagline of this buddy comedy. Vince Vaughn and Owen Wilson play a pair of skirt chasers who sneak into weddings to take advantage of the women aroused by the thought of marriage. The game gets more complicated when Wilson becomes smitten with a beautiful bridesmaid (Rachel McAdams).

While some point to "Field of Dreams," "Bull Durham" or "The Natural" as the best baseball movie ever made, I'll pick the original "Bad News Bears." The 1976 comedy was a biting commentary about sports, as filtered through the eyes of a group of foul-mouthed, underdog kids. At least the new version shows some promise by starring Billy Bob Thornton as the grizzled coach, and by having "School of Rock" filmmaker Richard Linklater in the director's chair. It may not hit a grand slam, but it could smack a solid double.

Every few years or so a new movie titled "The Island" gets released. (It's the musical equivalent of naming a song "Hold On.") In this go-round, Ewan McGregor portrays a resident of a futuristic facility who discovers he and his fellow inhabitants are clones whose only function is to provide spare parts for their original human donors. An escape attempt ensues.

"The Fast and the Furious" filmmaker Rob Cohen pilots this thriller about a fighter jet run by an artificial intelligence computer that develops a mind of its own when learning combat maneuvers from humans aboard an aircraft carrier. Picture "2001: A Space Odyssey" meets "Top Gun."

Not all summer movies are about super powers and explosions. Based on the Claire Cook novel, "Must Love Dogs" finds Diane Lane as a pre-school teacher who enrolls in an online dating service where she meets her "perfect man" (John Cusack). Trouble is that his ad states she "Must love dogs" ... and she can't stand them. So she borrows a pooch to impress him and the fireworks begin.

The Dukes of Hazzard.

The Dukes of Hazzard

Remakes of TV shows from our collective youth are all the rage, and most of them have been abysmal. Can anything top the stench left by "Bewitched" or "The Honeymooners?" "The Dukes of Hazzard" - the hickest show this side of "Hee-Haw" - has the potential, especially with a cast that includes Seann William Scott, Johnny Knoxville and the vacuous Jessica Simpson as denim diva Daisy Duke.

OK, I'll admit that "Deuce Bigalow: Male Gigolo" was far more entertaining than it had a right to be. But even so, nobody was really clamoring for a sequel to the 1999 comedy - except for writer/star Rob Schneider. This time Deuce returns to his unlikely profession in Amsterdam, where others of his ilk are being murdered.

"The Daily Show" correspondent Steve Carell wins his first leading role as an electronics store employee and relationship nerd who encounters a hot single mother (Catherine Keener). With "Freaks and Geeks" writer/director Judd Apatow at the helm, this one might be a sleeper hit.

The trailer begins like any other generic romantic comedy, with cute Rachel McAdams meeting dreamy Cillian Murphy on a plane flight. Unfortunately, they're both in a Wes Craven movie, and soon she learns her seat-mate isn't at all what he claims to be.

It wouldn't be summer without an animated flick involving cute animals. In "Valiant," Ewan McGregor provides the voice of a wood pigeon who overcomes his diminutive size - and the enemy's falcon brigade - to become a homing pigeon for Britain during World War II. 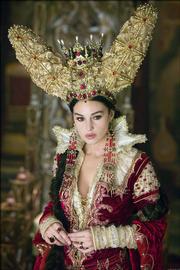 Visionary director Terry Gilliam ("Brazil") returns after a seven-year hiatus. Matt Damon and Heath Ledger play the famous brothers Will and Jake Grimm, a couple of 19th-century hucksters who will slay any "monster" ... for a fee. But the pair gets a dose of reality when they encounter a genuine curse.

A pack of divers become trapped in an underwater cave network and are hunted by unseen creatures. Might be scary for anyone who has never seen "Deep Rising," "Leviathan," "Anacondas" or (insert generic horror-action picture here).