Does the budget survival horror come close to its AAA peers?

With the release of Resident Evil 4 earlier this year, survival horror games were changed forever. RE4 set the bar extremely high for others that decide to step into this genre. Hydravision took that challenge and came out with Obscure.

Obscure is basically the '98 teen horror "The Faculty." The story is almost exactly replicated. Leafdale High School has a problem with their staff being strange, unexplainable creatures. Don't fear, because to the rescue comes team stereotype (not really their name) with Josh the school newspaper nerd, Kenny the varsity jock, Stan the pothead, Ashley the gorgeous teen snob, and Shannon the quiet but charming smart girl. They're all here to save the day, and interestingly enough, they all have different abilities.

Hydravision wanted to make this game as different and unique as possible. They did this by adding the co-op mode and giving each character a special ability. You'll work in groups of two most of the way, and you get to decide which characters you'll be using. Josh and Shannon essentially offer the same benefits as both give clues and hints for the particular room you are in. Kenny is quick and nimble, being the athlete that he is. Stan can pick any lock with more speed than anyone else, and Ashley has rapid-fire skill. The problem here is that you really only need Josh or Shannon with Ashley. Stan can pick locks faster, but that doesn't mean others can't pick locks. This makes him pretty much useless. The game is not focused around combat, therefore Kenny's athletic ability is of no use. It's a good try by Hydravision to have multiple characters with varying abilities, but they should have worked on the balance a bit more. 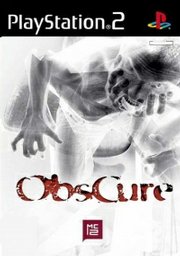 The other touted feature in the game is the co-op mode. Instead of making the two-player puzzles simple, such as one stands on a block while the other moves a statue, both players will be actively doing something. Josh might be solving the puzzle while Ashley is fighting off the creatures attacking. The game pulls it off well, and it sums up to be a quick, fast paced co-op adventure.

The game isn't centered on combat, but that doesn't mean it isn't there. The creatures seem to be sensitive to light so there will be many instances where a window will need to be opened to expose the creatures to the hazardous light. You can also deal melee and weapon damage. I found the combat to be quite awkward and hard to deal with, but in the end it got the job done. It isn't as practical or smooth as Eternal Darkness, which is its closest hybrid.

Visually the game is average. Lighting was the game's high point. and the school's eerie artwork creates a great atmosphere for survival horror. The funny thing is that the school looks more like the mansion from RE1 than it does a high school. Coincidence? The texture work was a bit low res and could've been worked on, but it holds up. The sounds of the game fall behind the visuals. The score could've been a lot better because the voice acting and ambient music are decent, but the sounds of the weapons are what kills me. The weapons don't have any life whatsoever. The first time I heard the pistol go off I actually chuckled underneath my breath. The game has a teenage theme to it, so you'll get a good idea of what kind of music is in the game after the opening CG sequence. The sounds of the creatures are plain as well. They all make the same noises, not to mention the fact that there are probably a total of six different enemies you'll encounter throughout the game.

The biggest problem with the game is that it does not immerse you into the world. You'll end up hating the characters and possibly dying on purpose just so their annoying stereotypical personalities will cease to exist. The story is lame and cliched, so there's no urge in wanting to progress there. The gameplay is not addicting either. Normally for $50 this would be a no brainer, but having the retail price at $20 will turn some heads, as it should. It's a decent bargain for a night of gaming with a friend.