I'm not sure how the common gamer is supposed to consider Area 51 the spiritual successor to the arcade gun game of yesteryear. Sure, you shoot things and the name is the same, but papa's got a brand new bag. Area 51 is a scatterbrained effort full of high production values and fun moments built on a rudimentary first-person shooter assembly line.

So, Ethan Cole (voiced by the never-emotional David Duchovny), is part of a HAZMAT team to figure out and fix the newfound viral happenings in the underground, super-secret government testing facility in New Mexico. And before you can say "X-Files," there are plenty of mutants, cyborgs, Illuminati, Marilyn Manson as a big, fat, green, crazy tub of goo and other baddies running around as all hell breaks loose as Cole and his team attempt to "find answers" and "move on" toward more mysterious happenings and other broken pieces of a could-be interesting story. In typical arcade fashion, the pacing never lets you soak in or care about the story, which is a great balance for Duchovny's Tylenol PM approach to narration.

Cole begins with a pistol, which actually feels pretty good. Soon he'll find some automatic weapons, grenades, shotgun and so on to contribute to the standard human fare. The feel and usefulness of the weapons are better than standard, however, as they all deal a significant amount of damage if wielded correctly. Tossing grenades proves to be a satisfying ordeal, tossing newly-dead baddies up into the air like, well, rag dolls. You can also melee enemies, which also brings its welcomed polish to the table. So, you're going through the slightly above average corridor-ish levels, exterminating baddies by the lot, accented by cool "hold-em-off" moments, when you get infected. 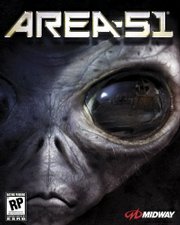 Now, at any time, Cole can change into his mutant self at will to bum rush enemies and using its melee and tossing viruses to mix up the gameplay. Mutant Cole can replenish his mutant-ness by simply feeding off of dead mutants or killing them by using the mutant melee. Unfortunately, tearing through enemies as a mutant is nowhere near as satisfying as a weapon kill. This is due to the controls and collision detection not boasting the polished aura like the gun play. In fact, it's pretty boring to play as the mutant.

If you get time to breathe, Cole can whip out his scanner, and gather information on bodies and a plethora of "Top Secret" files found everywhere by using the scanner. It is then stored into a log where you can absorb Cole's "research." Ironically, this Metroid Prime-inspired storytelling proves to be much better than the cinematics, which cut in on gameplay way too often, disturbing the pace.

To make up for it some, the enemy AI is surprisingly good. Not great, but good. Many times you can't just aim in one spot and shoot. Baddies will usually swerve out of the line of fire or dodge accordingly, never destroying the illusion of actual intellect. The patterns aren't overly complicated, but are polished enough to feel rewarding when you overcome an enemy.

The graphics are grimy and nicely detailed. The character design is not that great, which is surprising, considering the wide-open canvas of "mutant" and "alien." On the flip side, explosions, animations and projectiles are meaty, adding a great touch of immersion. The cinematics go back and forth from the in-game engine to CG, and both scream high production value. The audio takes a backseat to the visuals. While not as prominent, the music swells when it needs to and explosions and gunfire rock the surround system as expected from high-dollar production.

Overall, the ten hours of the story mode prove to be full of four or five memorable moments that are totally worth a once-through, if you have the patience to sit through an otherwise average, but polished, shooter. The multiplayer modes prove to be more claustrophobic than they ought with regard to level design, but they do serve up a solid online experience for both the Xbox and PS2. Area 51 won't replace your favorite first-person shooter, especially for Xbox, but it packs in just enough above average excitement to deserve a solid gander.