Putting the "survival" back in survival horror

"Survival horror" is a term that has been thrown around left and right since the release of the original Resident Evil. It's been used to describe a multitude of games, including Silent Hill, Dino Crisis and even the Onimusha series. Haunting Ground is a game that fits the definition of that term far more than the aforementioned games. In games such as Resident Evil and Silent Hill, you at least get the chance to fight back to a somewhat effective degree. Haunting Ground has one focus -- survival. And there's plenty of scares along the way.

Haunting Ground puts the player in control of Fiona Belli, a seemingly normal young girl who gets involved in a terrifying situation. While on a drive with her parents, the car crashes, leaving her as the only survivor. Upon awakening from the crash, she finds herself caged in a dark room of an enormous castle. If that wasn't bad enough, there happens to be an extremely large ogre-like man in the room who seems to think that she's his dolly.

This beast is Debilitas, a hulking brute with the mental capability of a five year old. He is the first in a series of antagonists that Fiona must elude. I say elude because it's almost hopeless to try to face them head-on. The game focuses more on running and hiding than fighting, which makes sense considering the physical contrast between the characters. Fiona can hide in dozens of places throughout the Belli castle, including cabinets, under tables, benches, beds, etc. Many times, the game will switch into a first-person perspective while hiding from your pursuer. It's truly nervewracking to view the feet of Debilitas as he scours a room looking for his dolly. 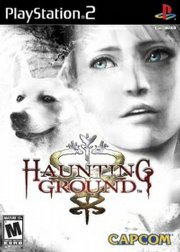 Debilitas isn't the only one who seems to wish harm upon Fiona. You'll also encounter Daniella, an extremely insane maid who feels no pain or pleasure. Daniella is upset about being "incomplete", and wants to take it out on Fiona (using a giant shard of glass). Later, you'll be chased by a faster enemy named Riccardo who brandishes a pistol. The progression of the enemies is great, as there will never be more than one primary enemy at a time pursuing you. Debilitas is the main enemy for the first 2 hours or so, and Daniella takes over when he is disposed of. Each of these castle inhabitants takes a different style when it comes to approaching and attacking you. Debilitas is slow and hulking, and mainly attacks you with punches. Daniella has a habit of popping up unexpectedly, scaring the living daylights out of you in the process. Meanwhile, Riccardo is simply terrifying, as he just chases you around shooting in your direction.

Outside of these main baddies, there are a few other creepy creatures who want you dead. Luminessants are floating blue orbs that induce panic and emit a loud noise if they come into contact with Fiona. This loud noise attracts whomever the main pursuer is, so it's best to avoid them if at all possible. "Failures" are extremely scary baby-like creatures who will latch onto your leg, making Fiona panic. These creatures are fairly rare, and fighting them is not a focus of the game by any means.

I want to make one point clear: Haunting Ground is scary. Extremely scary at times. It seems that the main enemies are wandering the castle at random searching for you, rather than popping up at event-triggered locations. This gives the game an immense sense of fear, as you never know when Debilitas or one of the other enemies is going to be walking into the room you're exploring. I'm not exaggerating at all when I say this game can definitely make you scream out loud. It's the transition that really makes it scary. For example, let's say you're in a puzzle-oriented section of the game, trying to explore a room thoroughly to unlock a mystery. You're deep in thought, thinking of the different elements of the puzzle ... and suddenly Daniella bursts through the door wielding a shard of glass. It's at this moment that you immediately switch out of a "puzzle solving" state of mind to that of "run for your life or you're going to get horribly stabbed to death." The music kicks in, you hear the footsteps of Daniella behind you, and you just book it.

While a videogame standard, there is no technical "health bar" in Haunting Ground. You have a stamina level, which determines how fast you run and how much damage you can sustain. This stamina isn't indicated by a big green bar or anything, but rather indicated by Fiona herself. If you've been running from Debilitas for a while and he's hit you a few times, you'll run extremely slow and he'll sure to catch and kill you.

The other important factor is Fiona's panic level. Certain events will make her freak out and lose control. Oftentimes this happens when an enemy encounters you, but other events can trigger it as well. For example, let's say you turn on a TV and the sound is on very loud. The sudden surprise will shock Fiona, causing her to slightly panic. The more you panic, the less control over Fiona you have. She'll fall down, stumble over her feet and generally lose it. The screen will become more and more washed-out as you panic, and your motions will become choppy (you also lose access to your inventory). While being pursued, this can be especially terrifying, as sometimes you'll be panicing so much you can't even see the screen well. Panic goes down by simply resting or hiding.

Belli Castle features some extremely creepy rooms and locations, and really adds to the atmosphere of the game. Some rooms will feature dozens and dozens of unsettling dolls (one in a rocking chair, one in a cage, etc). You'll find yourself just wanting to exit certain rooms because of how unnerving they can be. Audio plays a large role in the feel of the game, as footsteps, ringing phones and random mumblings can oftentimes creep you out. It's hard not to be scared when Debilitas is running around screaming "My Darling!" or "Where is you?"

Camera angles are handled similarly as Devil May Cry or the original three Resident Evil games, and it works well. The CG cutscenes that tell the story look absolutely fantastic and feature some extremely realistic facial expressions. Little touches like bugs flying around lights outdoors adds to the mood of the game. The fact that load times are virtually non-existent really helps in maintaining a consistent state of fear.

While Fiona can't ward off enemies very well by herself, she's not alone. Not long after the beginning of the game, you'll encounter a dog tied up with a wire. Fiona helps the dog and discovers his name is Hewie. She intends to let it free, but the dog displays some affection towards her and tags along for the rest of the game. Hewie can reach items that Fiona can't, show you the path in dark rooms, and (more importantly) distract and attack enemies. All of Hewie's commands are activated with the right analog stick. Pressing Up will make him explore the room and look for items or hidden areas. Down brings him to your side. Left and Right will scold or praise him, depending on how he acted. The way you treat Hewie has a small effect on the games' four different endings. The dog can withstand a lot of punishment without dying, and is a huge help against enemies. My only complaint with Hewie is that sometimes he won't follow you the way he should, and you'll find yourself frequently running back to get him. It is possible to get entirely separated from him, but this isn't quite annoying as it sounds as you usually find him pretty quickly.

It probably sounds like the entire game is about running away from people, but that's not the case. The actual progression through the castle is handled very similarly to the PSX Resident Evil games. You must find certain items that can be combined or used in some fashion to open doors, trigger cutscenes and generally advance the game. This is where the game starts to lag a bit. The puzzles can be extremely vague at times, oftentimes to a frustrating degree. In a Resident Evil game, if you encountered a locked door, and you possessed the key, it would say something along the lines of "Use the Castle Key?". Haunting Ground will simply say "The door is locked" and force you to go into your inventory and select the key. This is a minor problem, but can be frustrating if you have the necessary item to unlock a door and you don't even know it. Backtracking is present in large amounts, and you'll spend a lot of time just running around the castle trying to figure out where to go next.

Despite these minor complaints, Haunting Ground is an impressive game, albeit slow at times and somewhat short. More than any game in recent memory, it features an extremely creepy environment that lends itself to a constant state of fear. The story is well-written and features some good voice acting, and the cutscenes can oftentimes be as interesting as the game itself. With some tweaks to the puzzle system and some more varied gameplay, I could see Haunting Ground becoming an extremely solid survival horror franchise.