On the yellow brick road

The phrase isn't so warm and fuzzy when there's a $3 million bounty on your head and returning to your home country might help someone collect the dough.

That was the situation Salman Rushdie was in for nearly a decade beginning in 1989, after the Ayatollah Khomeini, Iran's spiritual leader, objected to his depiction of Islam in "The Satanic Verses" and issued a death sentence for him.

It was a strange irony for a novelist whose literary career was inspired by "The Wizard of Oz" - the movie that made "There's no place like home" a household phrase.

"Rushdie thought that the movie was wonderful but that the last line of the movie was completely dishonest," says Paul Lim, an English professor at Kansas University and director of English Alternative Theatre. "Dorothy says, 'There's no place like home.' But Rushdie thought after her experience with the terrible adults in what was home in Kansas and her wonderful experience in Oz, why should Dorothy ever want to go home again?"

Rushdie could relate. He draws parallels between his experiences in hiding from would-be attackers and Dorothy's experiences in Oz in an essay published in 1992 in The New Yorker.

That essay forms the basis of a staged reading, written by Lim, that will premiere at 8 tonight at the Lawrence Arts Center, 940 N.H. Admission is free. 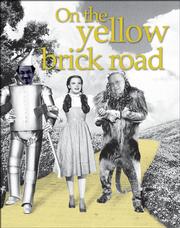 "On the Yellow Brick Road With Salman Rushdie and Paul Stephen Lim: An Evening of Reminisces and Revelations" features Lim as himself and John Younger, professor of classics and humanities and Western civilization, as Rushdie.

The play is being staged in conjunction with Rushdie's trip to KU next week. He speaks at 7:30 p.m. Thursday at the Lied Center as part of the Humanities Lecture Series sponsored by the Hall Center for the Humanities, then offers a colloquium at 10 a.m. Friday in Alderson Auditorium in the Kansas Union.

Lim says he began thinking about writing the play immediately when Rushdie's visit was announced in May.

Lim immediately remembered the Oz essay, which explains both how the movie sparked Rushdie's first short story and why he thinks the basic philosophy is flawed.

"It's one thing for Dorothy to want to get home, quite another that she can do so only by eulogizing the ideal state that Kansas so obviously is not," Rushdie wrote. "... [T]he movie's Kansas is informed not only by the sadness of dirt-poverty but also by the badness of would-be dog murderers. And THIS is the home that 'there's no place like'? THIS is the lost Eden that we are asked to prefer (as Dorothy does) to Oz?"

Or, as Rushdie put it in a later speech, "The truth is, Kansas sucks."

Just as Rushdie drew parallels with Dorothy's experience in his essay, Lim compares his life with Rushdie's in the reading.

For instance, like Rushdie, Lim has difficulty going home. In Lim's case, a strained relationship with his mother and memories of an awkward sexual experience deter him from returning to the Philippines.

(A detailed telling of that sexual experience is one reason why Lim says tonight's performance is not appropriate for children.)

"In my own case, I left the Philippines in 1968, and in an odd way, Kansas has become my Oz. It's become my home," Lim says. "The parallel being these days, I have a hard time going back home to the Philippines."

Another similarity is that Lim and Rushdie first saw "The Wizard of Oz" when they were 10 years old. Lim was growing up in the Philippines; Rushdie was in India.

The reading has Lim and the Rushdie character taking turns talking about "The Wizard of Oz" and their lives. It also includes basic biographical information on Rushdie and clips from the movie.

"I've never seen anything like it, but that's Paul," says Younger, who will read the Rushdie part. "It defies description. ... It's basically two guys in chairs talking, but it has its own special feel."

Younger says Rushdie's essay opened up a new perspective on the phrase, "There's no place like home" and the movie's philosophy.

"I bought it hook, line and sinker until I read his essay," he says.

Now seven years after Rushdie's fatwa was lifted, the 58-year-old novelist has returned to India. While "there's no place like home" might not hold true for him, the phrase "you can't go home" is no longer true - at least not in the literal sense.

Lim says he doesn't know how Rushdie would react to the piece, but the author's agent did clear use of the essay as a basis for the play.

As for how the audience will receive the performance, Lim says he'll wait and see.