The World Cup is upon us in '06 and I'm not going to lie, no matter how much I don't care for soccer, the World Cup always gets me on the soccer bandwagon. There's just something about the World Cup, how the whole world comes together in the largest arenas in the world that gets my adrenaline flowing. So I had the extreme pleasure of reviewing FIFA '06. Not only that, but to go along with EA's solid year FIFA '06 turns out to be the best in the series.

One of the major keys that EA has improved on is its attention to player detail. Not visually, but about the player such as his background, his attributes, his looks, etc. Now fans of FIFA get the same treatment that Madden and Live fans get with their player details. Stats are more accurate and ratings reflect that player's ability more. I found this to be a great touch and something FIFA has needed for sometime.

The gameplay has been pretty solid over the last few years and little enhancements here and there make this year's the best. The most important factor to virtual soccer is the flow of the game. Players have to feel the non-stop action that takes place in real soccer. EA executes this well and it's noticeable because of the great camera work. Something that is probably overlooked in soccer games is the camera. Even if the ball is on one side of the field, the play takes place everywhere. Players are setting up downfield while the ball is brought up. You can see this and take notice of it because the camera does a good job of moving and flowing with the gameplay while keeping perspective of a wide range of the field. It's definitely a major factor in keeping the games smoothness in tact. 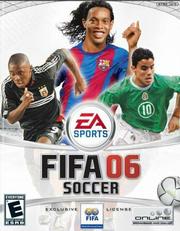 Controls are a bit handier this year. Play calling is even more simplified on the D-pad, which is just something else that helps the flow of the game. EA has thrown in a new control as well called Pace Control. This gives the player to pace himself and not exert his full energy. This improves his ability of ball control and he tends to lose it less often. The main function of this is to control your sprint and aggressiveness for when you need it. Now you can catch people off guard with your acceleration and you might just get that extra step.

EA went ahead and updated the Manager's Mode too. The mode consists of you running a FIFA team taking it to the top. You'll have to deal with a budget system where you put a certain amount of your budget into areas where you want your team to focus on. These range from scouting, training, and signing free agents. Adding in the new player detail the game has, this mode creates longevity in the game and great single player fun.

It's always been my opinion that FIFA is the best game technically from the EA Sports lineup. The game does the best job in player animations to make the game look and feel realistic. Players move lifelike and respond lifelike. As you'll be dribbling down the field, players will throw elbows and give facial animations of joy and pain. You'll also notice how gorgeous and lively the stadiums are. Country flags are being waved everywhere with confetti littering the sky. EA has always done a great job with getting specific chants heard throughout the world. Even though the commentating has a different crew this year, it's still excellent. You can hear players making on the field comments, which is a great touch. When it comes to making the game appear and sound like real soccer, EA is hands down the best.

As said before, this is the best in the FIFA series and it comes just at the right time for the World Cup next year. Online play is found on the PS2 and Xbox but lacking on the Gamecube but that's not surprising. FIFA is great either solo or with a group of friends. Now whether FIFA has caught Konami's Winning Eleven series is another debate. Winning Eleven still boasts some gameplay and control features that top FIFA's, but if you're looking for licenses and more of an atmospheric game, FIFA is your choice.