The 25-year-old singer-songwriter from Georgia has appeared on "Good Morning America," performed the national anthem in front of 200,000 Nascar fans and seen his new single "Only You" climb to No. 9 on the adult contemporary charts. Kelley hit the road with Welsh songstress Jem this month in support of his sophomore album, "Almost Honest."

With all that activity, it's no surprise that at noon, Kelley confesses to just getting out of bed. He cheerfully chalks it up to "rockstarrin' it."

The soulful swooner talks openly about his new album, his inspirations and the future of the music industry.

Q: "Almost Honest" is much more rock and soul than your first album. Were you worried about the "sophomore curse" and changing your style too much for the audience?

A: I do think they are very different. "Almost Honest" has a more Southern-rock, rootsy style, which I think was influenced by moving to L.A. I made some friends, so I wasn't writing by myself anymore like on the first album. Writing by yourself gets boring after a while, and them pulling their styles in is a big part of why this record is so different. I wasn't worried about the "sophomore curse" either. I wrote 147 songs for this album, and now I'm trying to get the label to put out an iTunes release every six months. I think I've got them convinced. It's weird, too; I didn't think I would have anything more to write about after the album, but I've written about 15 new songs since I've been on the road. 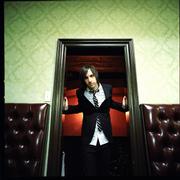 At 25, singer-songwriter Josh Kelley has appeared on "Good Morning America," performed the national anthem in front of 200,000 Nascar fans, and seen his new single, "Only You," climb to No. 9 on the adult contemporary charts.

Q: Your lyrics have a different feel on this album, too - more soulful and honest. What was the inspiration behind these songs?

A: A lot of it was going through a weird period with an ex. The feeling of being trapped because I loved a lot but I was ready to be on my own. It kinda happened accidentally. I didn't realize until later that I was writing about it. It's also different because in the first record I was writing about things that I wanted to happen. Now it's about things that have happened - traveling halfway around the world, going to new cities.

Q: The first single from the album, "Only You," has received extensive play by radio stations. Why did you choose to release that song first?

A: Because we did that song perfect like that. My career is controlled by radio and TV, so I did it on purpose. In order to penetrate the business, you have to release an uptempo song. It kinda paves the way for "Almost Honest," the next single, which is my favorite song on the album.

Q: That song will be featured in an upcoming episode of "Smallville" and on the show's soundtrack. And the band you are currently touring with, Jem, was on "The O.C." soundtrack. Do you see these shows helping new artists become known?

A: I think it's just that record labels recognize that radio is not as strong as it used to be - not that I'm discrediting radio. Where would I be without it? I just think it's the reason why they're going to TV so much: It's where the audience is. At the end of the day, I want to sell records because this is what I want to do in life, so you have to strike while the iron is hot.

Q: What about playing primarily college venues, like Lawrence, and building up a grass-roots following? Is that still important, given the changing face of the music industry?

A: Absolutely. I think grassroots is even more important nowadays. As labels die off, you need a loyal fanbase. People without a loyal fanbase will be gone. The music industry is changing, like in record sales. Nobody is selling 20 million records anymore - maybe a million, but not 20. It doesn't look good for the record industry with kids recording their own music that sounds really good with the kind of equipment available now. Equipment and recording studios used to be things only record labels could provide, but now they aren't needed. Distribution off the Internet is also hurting the record industry.

Q: The song "20 Miles to Georgia" is about the need to go home sometimes. With all the touring that you do, do you ever feel homesick?

A: It's not really homesick; it's not being in a steady place. The song's about the last steady place I was: my mom's house. She was the kinda mom where she'd always have biscuits and gravy or cinnamon rolls for breakfast every morning. Sometimes you just want that steady-eddy. My mom never got to travel, and now I'll call her up and ask if she wants to go to Rome or someplace and she'll still say, "No, you kids go and have fun. I'll stay here."