Puzo didn't want his name on it - would you?

Required: Watch the movie to fully appreciate the great recreations within the game

Often movie-to-game conversions have turned out to be pretty poor; however, EA decided to convert one of the most beloved movies of all time, The Godfather, into a game. Thankfully the game turns out to be one of the better conversions, but does not escape its fair share of issues.

Surely the hardest part of creating The Godfather: The Game was developing the plot. This would be because EA had to stay true to the source material but still find something new and engaging for the player to experience. This new thing turns out to be taking control of a young mobster and leading him up the Corleone family ladder. Though the game follows the movie story it does not end at the same place because with enough work it is possible for the player to become the Don of the Corleone family.

To become Don takes a lot of work though, and it is definitely not a business for the squeamish. This work involves driving all over a recreation of New York City, circa 1950, and taking over businesses, killing people, taking down rival families, killing people, hitting on hookers, and killing people. On top off all that is a slight RPG element, stats to be upgraded and respect to be earned, to manage. 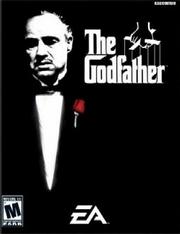 Though many players will thrill at the chance to play through the movie plot line, the greatest amount of content is outside this path. The best aspect of the game is definitely the ability to take businesses from the rival families. This involves entering a building marked as belonging to another family (as denoted on the map), killing any guards and then pressuring the owner into taking protection from the Corleones. Though this may sound like something that could get repetitive quickly, there are probably about a hundred businesses to take over, that is not the case due to the large number of persuasion tactics to choose from. It should be mentioned that all these tactics are quite violent and not for young children. Also, once a business belongs to the Corleone family there is a possibility that a racket operating in the back may be willing, for a price, to operate for the Corleones. Eventually, with enough businesses acquired the player is able to take control of a part of New York.

There is also the option of taking hit contracts to extend the play time of the game. However, these contracts do get repetitive and boring because they consist of going from point A to point B just to kill one person. Though there are bonus conditions that can be met, it isn't required and so all the contracts end up feeling very similar to each other.

Though the game provides the player with this plethora of game play opportunities, it has some issues. Unfortunately all the major issues stem from control problems. One of the most notable issues is the vehicle control. All the vehicles feel like they are floating over the road because the response to turning and braking feel awkward. This becomes a major issue during the escape missions where precision driving is a key because the player is being chased by machine gun wielding enemies and any slight mistake allows them to catch up and introduce the player to their little friends.

Another major grief is the targeting system. This system, like most third person games, involves an autolocking mechanism to save time on searching for targets. Often this works well because it will only target real enemies when the player has a weapon drawn; except for the times where it thinks the innocent pedestrian is more dangerous than the man with the shotgun. EA also tried to implement an ability to target specific parts of the body once locked on, and sometimes this works. This ability is quite effective indoors where the enemies do not move around a lot due to close quarters, but outside it becomes an issue. This is an issue because it removes the ability to rotate the camera and so the player can no longer see if he is going to be hit by one of the maniacal drivers that populate New York City, or that another enemy has walked up behind him. Now, there is the option to get rid of the autolock, but then the player has to fight extremely slow responses to the manual aiming system. Overall, the gun play feels clunky and restrictive.

Also, the visual aspect of the game obviously tailors to the lowest common denominator. Many textures are heavily repeated and blurry, all the neighborhoods feel identical (which makes navigation difficult), and there is an enormous amount of pop-in. In fact, the pop-in can be so bad that vehicles and pedestrians will sometimes materialize right in front of the character.

However, for all these faults, the audio is quite impressive. Though the random chatter in the streets may not be as deep as other games, the voice acting is still solid. Also, most of the original cast worked with EA to rerecord their lines for the games (including Marlon Brando before he died). The major exception to this being Al Pacino who did not lend his voice or his likeness to the game. The musical score is spot on with tunes that are reminiscent of the time period and the movie. Throw on that hearty sound effects for the weapons and the audio becomes the best part of the game.

Though this game is flawed, it does many things right it stays true to the source, adds relevant new story elements, has a fairly large amount of content and most importantly is generally fun to play. Too bad EA didn't choose a less constricting source because future iterations could easily improve on this start.