'Saving the world through science fiction'

That's how some prominent science fiction writers jeeringly pronounce "sci-fi" because they so detest the term and all the baggage that accompanies it.

The Kansas University associate professor often is immersed in discussions regarding the definition, history and future of science fiction. As the associate director of the Center for the Study of Science Fiction, McKitterick will have a rather intensive weekend when it comes to exploring this speculative style.

Each year since 1973, the Lawrence-based center has presented the Campbell Conference. The event gathers the winners of both the Campbell Award for novel and Sturgeon Award for short story (named for writer-editor John W. Campbell and author Theodore Sturgeon) for four days of workshops, roundtables and book signings on the KU campus.

"One of the things we do different here at the Campbell Conference is that it's an academic conference, but it isn't just academics who are involved," McKitterick says. "It's people who are actively involved in writing and editing science fiction."

Among the heavyweights taking part this year:

¢ Lou Anders is the editorial director of Pyr Book. 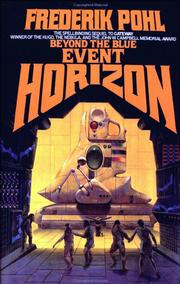 ¢ Paolo Bacigalupi started publishing in 1999 and writes and edits for High Country News.

¢ Robin Wayne Bailey was a key player in the 1996 creation of the Science Fiction & Fantasy Hall of Fame and currently serves on its advisory board.

¢ Elizabeth Anne Hull is an author, politician and past president of the Science Fiction Research Assn.

¢ Kij Johnson is a 1994 Sturgeon Award winner and an associate director of the Center for the Study of Science Fiction.

¢ John Ordover is editor in chief of Phobos Books and a former managing editor of the "Star Trek" book series.

¢ Frederik Pohl has been involved in science fiction since the 1930s as a magazine editor, agent and author. He was inducted into the Science Fiction & Fantasy Hall of Fame in 1998.

¢ Pamela Sargent is a science and historical fiction author, editor and literary critic.

¢ Robert J. Sawyer is a Hugo and Nebula Award winner.

"The Campbell Awards is probably one of the three or four best-known awards in science fiction, after the Hugo and the Nebula," says KU professor James Gunn. "It's one that a lot of people think helps their career." 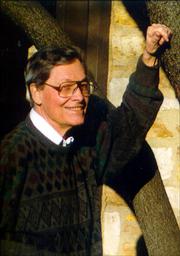 Author James Gunn, longtime Kansas University professor and director for the Center for the Study of Science Fiction, is one of the organizers of the Campbell Conference.

The noted author and longtime Lawrence resident is the director for the Center for the Study of Science Fiction (CSSF).

"We're one of the few universities that really have some specialization in science fiction," Gunn says. "In that sense there is a much more accepting and welcoming attitude toward science fiction than is true in many universities."

Gunn first started teaching classes in science fiction at KU in the 1960s.

The Kansas City, Mo., native and KU graduate knew early on that the fledgling genre had potential to become a dominant force in pop culture.

"Now it's feeling its way into a greater integration into the mainstream of published literature," Gunn says. "We see science fiction writers accepted into the mainstream, and mainstream writers turning more to science-fiction concepts. This is something I saw as a probability when I wrote 'Alternate Worlds' in 1975."

He founded the CSSF in 1982, which is affiliated with KU's English department. It started off as an education program but has since expanded into a much broader entity.

Among the science-fiction authors featured at this year's conference are Frederik Pohl, James Gunn, Kij Johnson and Bradley Denton. Examples of their publications appear at left. The writers will participate in a public book signing at 12:45 p.m. Saturday at Oread Books in the Kansas Union.

"It coordinates our activities in the science-fiction field," Gunn explains. "We've been trying to encourage reading and writing science fiction. I think there's a growing culture of science fiction within the Lawrence community itself."

Gunn - no relation to the film director of the same name who dabbles in the genre ("Slither") and also hails from Missouri - says the audience for science fiction has traditionally appealed to younger readers. Yet he believes some of the most "adult" literature being produced today comes from the field.

"Years ago Sir Arthur C. Clarke commented he preferred reading science fiction because it's the only realistic fiction - by which he meant that it's the only one which incorporates the concept that the world is changing and being changed by human activities. Every other fiction is historical fiction because it assumes the world is the same as it has always been," he says.

Thinking about the future

As for "skiffy," Gunn doesn't have quite the aversion to the term as do other authors.

"I really prefer the abbreviation SF when I refer to it myself," he says. "I encourage my students to use that as the short definition simply because sci-fi has connotations among the community as something that is inferior. ... But it's a losing battle, like a lot of things in the English language."

At least for this weekend, the battle for SF's respectability is in good hands.

McKitterick expects about 100 people to attend the Campbell Conference, over half of whom are from out of state. (He himself came to Lawrence years ago in order to take Gunn's summer science-fiction writing workshop and was "talked by Jim into staying" for grad school.)

"Our stated goal at the center is: Saving the world through science fiction," McKitterick says.