When Jerett Fulton moved into the downtown apartment that he planned to turn into a six-figure recording studio, he discovered that the previous tenant had left behind a few relics.

Stuffed into a closet were dozens of cardboard boxes packed with the goods of once-proud Lawrence studio/label Mercy Records:

¢ writing on the wall by a drunken local band, Puddle of Mudd;
¢ Billy Goat promo photos;
¢ Slackjaw 7-inches; and
¢ various CDs from the defunct label's catalog.

The discovery came hot on the heels of a brief phone discussion Fulton had with former Mercy honcho Brian Byers, who has since split town and exited the music business.

"He was very pessimistic, like, 'Go ahead - try it,'" Fulton recalls. "I loved it. We signed a lease that night."

Writing on the old Mercy Studios - and current Mixtape Media - wall by a drunken (then) local band, Puddle of Mudd.

In Fulton's dreams, Mixtape Soundlab will be home to the Lawrence music scene's next (first?) big bang.

Now that his studio is open for business after a prolonged incubation, Fulton is halfway there - that includes his various websites [1][2][3][4].

"I want to make records for bands that are actively pursuing their careers and really putting everything they have into it," Fulton says.

"I love Kelpie, I love Ghosty, I love White Whale, Roman Numerals, Life and Times, Stella Link, Approach, Mo-Sys - it just goes on and on."

At age 26, Fulton has already been a major contributor to Lawrence's music scene. A stint with Avalanche Productions and Velocity Marketing apprenticed him to veteran promoters like Jacki Becker, Jeff Fortier, Josh Hunt, Bill Pile and Jesse Jackson. Fulton also briefly steered the Lawrence office of Kindercore Records (which came to an abrupt halt when the label dissolved amidst ownership quarrels).

Two years of construction later, it's Fulton's turn to sink or swim in the historic second floor studios at 735 1/2 New Hampshire St. 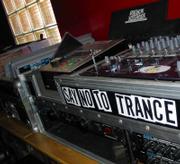 "This is balls-on-the-line shit, but it comes from the heart," he says. "I wake up every day in debt to the bank, but it doesn't matter because I know we're going to build something here."

What Fulton has already built is a pro-grade music studio with a sonically treated tracking room, two isolation booths and a mixing console that looks every bit as expensive as it is. Microphones top out at $4,000; the midfield monitors alone cost $5,000.

"We went all-out on the things that people won't have the money for at home," Fulton says. "To do it right really does cost an arm and a leg, but at the end of the day the product will be better and the bands will be happier and Lawrence music will sound better."

The lanky 24-year-old audiophile recently relocated from Dallas, where he spent two years as a staff engineer for Maximedia. At that $1,000-a-day studio, Jackson refined his art in the company of high-profile clients like The Polyphonic Spree, Vanilla Ice and Clay Aiken.

"There was a long period when I was pretty much the only staff member around and I had to do all of it," he says. "Some moments are birth-by-fire, but you get through them and you're better for it." 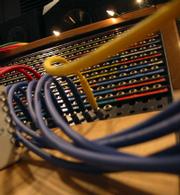 Aside from the desire to run his own studio, Jackson says he also split Dallas because he was becoming frustrated with the cutthroat music scene.

What Jackson has unearthed during his eight months in Lawrence, he says, is a supportive community of bands that root for each other to succeed.

"I'm amazed at the quality of hip-hop in Kansas," he says, citing groups like ID and Sleeper, Archetype and SoundsGood. "It's such a nice change to walk down the street and hear bands at every other bar."

The hip-hop scene is one of many targets for Mixtape Soundlab, along with established local rock bands and electronica-infused outfits.

Fulton has already built up an 18-strong roster of artists under the umbrella of his Mixtape Meditation label, including familiar Lawrence acts including (click on links for mp3s by each band): 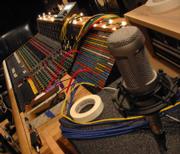 "Regardless of whether there's been a record released, we're all part of the family," says Fulton, who also plays drums for Blackout Gorgeous and Archetype. "If there's space on the back of a handbill, somebody will call somebody and fill it up. We're all supporting each other and sharing shows."

Fulton says that he plans to invest more time and money into the label once Mixtape Soundlab gets rolling.

"I'd like to put a little bit of cash towards it, get a little bit of advertising out and get some package tours together," he says. "Fuck retail - it's all about downloads and discs-on-site and having some cool wax." 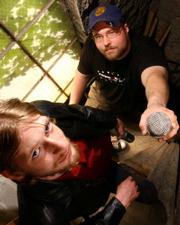 Many of Mixtape's inaugural clients will be friends and/or collaborators of Fulton's such as Tanner Walle, Pleasuremaker and Good Hair (Nezbeat + Joe Good). The studio plans to hit the ground running at a discounted rate of $350/day, though Fulton and Jackson assert that they are willing to work within bands' budgets.

"Right now it's all about getting good records out and showing commitment to the scene," Fulton says. "We don't want to say, 'Hurry up and get in here - we need money.' We have to prove ourselves to the artists."

With the accessibility of digital recording equipment, the studio aims to be compatible with bands who wish to record partially at home.

"There's always some way that anyone who does home recording can benefit from what we have," Jackson says. "Some people benefit from just coming in and cutting their drums here and doing everything else at home; some people would rather record everything at home and come mix here."

Mixtape is partnering with Daybreak Studios to do four stages of mobile recording at the Wakarusa Music and Camping Festival. Local engineer Nick Foerester will head-up the Mixtape Mobile recording studio, and photographer Callie Tackett will spearhead Mixtape Photo.

"I want this studio to not go anywhere for as long as it possibly can and serve as a creative entity to Lawrence," Fulton says. "I have an affinity for this town like no other - even if it takes 20 years to pay that loan back."

Nice article guys! It took quite a bit of heart and soul to get it up and running and once again, you did it! Congrats to all of you.

Is that Johnny Quest / Stik Figa 12" ever coming out? Someone update me please.