Bad: It's still essentially the same game we've been playing since 2001

When it was released for the PSP last fall, Grand Theft Auto: Liberty City Stories was the killer app for the system. While it still has a drought of AAA titles, it had almost nothing worth purchasing during that time period. All of the GTA fans that don't own a PSP can now rejoice, as Rockstar has brought the game to the PS2 with some control improvements and a great budget price.

It's been over four years since gamers were introduced to Liberty City in GTA III, and things haven't changed much. The mafia is still a heavy presence, crime runs rampant, and those bridges are still constantly under construction. Instead of the nameless, voiceless wonder we controlled back in 2001, we now have Toni Cipriani (who looks very similar to the old character). Things take place in 1998, a few years before the events of III, and you can expect to see many familiar faces. 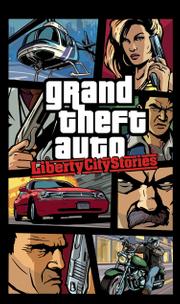 For those that have played the Grand Theft Auto series (I'd assume this includes the large majority of the gaming audience), there's not much new to see here. Liberty City is still divided into three portions, and gameplay is entirely the same. Your radar will indicate several different story missions, depending on who you're working for at the present time. Toni will drive to the designated point, receive his instructions, and be on his way to kill some gang members, destroy rival vehicles, or win a race. This should be business as usual for anyone who has played GTA. I only wish that missions had more purpose and direction, considering that a large amount of them are menial tasks such as giving people rides or "Assassinate 20 rival gang members!"

Fortunately, GTA: LCS utilizes almost all of the improvements that GTA: Vice City introduced. Toni can shoot out tires, snipe drivers, dive out of moving cars, etc. The entire property management system from Vice City and San Andreas has been omitted, however. There is one designated save point per island, and Toni can use these to save his game, regain health, and change clothes. While Liberty City has definitely changed since 2001, don't expect to see the insane micromanagement that San Andreas introduced. There's no interactive barbershop, weightlifting minigames, or girlfriend features on this version (and obviously no 'hot coffee' to be found).

There are enough new missions to keep hardcore fans busy, and it offers a bit of backstory to those that actually care about the narrative. Hidden packages and unique jumps are still scattered throughout the city, and boost potential replay value. As with the other GTAs, it will take a long, long time to reach 100% completion of Liberty City Stories.

LCS doesn't look very good, but the GTA series has never quite been renowned for its graphics. In fact, most portions of the game look literally identical to GTA III. Audio is par for the course as well, but it seems like there were less voice samples recorded for this title. The game doesn't feature anything near the level of San Andreas's extensive soundtrack, and it primarily features no-name bands.

One of the biggest issues I had with the PSP version of LCS was the controls. The lack of a right analog stick was a noticeable annoyance, and the missing shoulder buttons made some situations more difficult (targeting, drive-bys, etc). This console release thankfully fixes those problems. Considering the fact that it's available for $19.99, it's an obvious recommendation for the hordes of GTA fans. Those that have become tired of the format of the series probably won't be as enthusiastic about it, however.