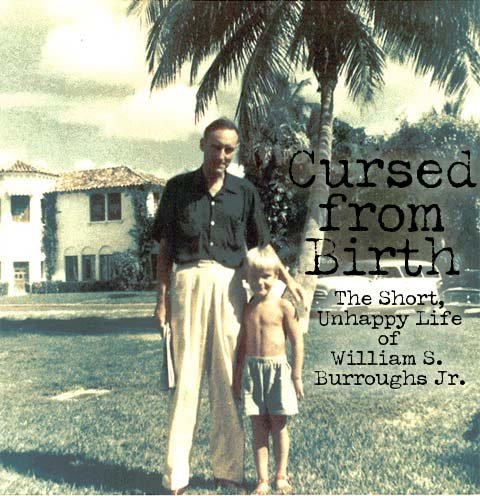 James Grauerholz was walking to a huge liquor store in Boulder, Colo., trying to convince Billy Burroughs not to go inside for a six-pack.

Burroughs, the son of famed beat writer and Lawrence resident William S. Burroughs, was still recovering from a liver transplant but was craving a beer.

"Finally, we were in front of the Liquor Mart, and I began doing a 'sidewalk checkmate' with him, moving to put myself in front of him as he stepped to the right, then the left, unwilling to get violent with me or force the issue by pushing me aside," Grauerholz recalls.

"Suddenly he yelled out to some passers-by, 'Help me! Help! This man is threatening me! He's blocking my path! I can't get past him!' And some do-gooders stepped up to confront me about this."

During the conversation with the passers-by, Burroughs ran into the liquor store to buy his beer, helping lead to the failure of his transplant liver and, later, his death.

It's the sort of story that encapsulates Billy Burroughs' life: tragic, yet with an apparent disregard for the hands that were trying to lift him up from that fate.

That life is the subject of "Cursed from Birth: The Short, Unhappy Life of William S. Burroughs Jr.," a new book edited and compiled by David Ohle, a Lawrence writer and University of Kansas lecturer.

The book is a piecing together of writings, letters, interviews by others and even a psychiatric journal article that serve as the first biography of Billy Burroughs, who wrote two books of his own.

"It's a very ugly, unpleasant story," Ohle says. "It's an interesting study in father/son relationship. His father kills his mother, for starters. And then he neglects him for the rest of his life."

Perhaps Billy was cursed even before his birth in 1947. His mother, Joan Vollmer, took amphetamines while she was pregnant, and his father had an infamous addiction to heroin.

But the defining moment of his childhood came when Billy was 4. The family was in Mexico City, and William accidentally shot and killed his common-law wife - Billy's mother - in a game of William Tell (read an extensive investigation by Grauerholz, available only on lawrence.com).

At times during his life, Billy said he was in the room when the shooting occurred. But Grauerholz, William S. Burroughs' longtime friend and editor who still lives in Lawrence, says most evidence refutes that claim.

After the incident, William started traveling the world; Billy went to live with his father's parents in St. Louis and later in Palm Beach, Fla.

William would send his son trinkets from around the world - exotic butterflies and plaster molds of shrunken heads - and Billy later said he "would keep in touch with the physical objects that he would send to me."

At age 14, Billy did attempt to live with his father for a while in Morocco, where William was working on what would become his landmark novel, "Naked Lunch."

But the experience didn't go well - Billy later said he was sexually molested by some of his father's friends - and he returned to live with his grandparents. 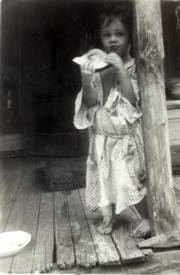 Grauerholz says it's obvious that Billy's writing style - and even his career choice - was influenced by his father.

"Billy had an authentic literary gift, and although his style shows some echoes of his father's sense of humor and ear for speech, any such literary influence can be attributed to the fact that, inevitably, he read and re-read his famous father's books," Grauerholz says.

"But Billy had his own voice - ironic, sardonic, comic and wry - with a look-at-me quality, like a stand-up performer's routine."

Writing wasn't the only habit Billy picked up from his father. He also was a drug addict and alcoholic.

"Since his father was famous for having been a drug addict and a 'wild man,' Billy seems to have felt fully licensed to become a drug addict/wild man writer himself," Grauerholz says. 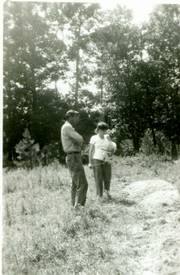 There are plenty of examples of this. Billy is constantly asking friends and his father for money, and he would borrow cars and wreck them, or else accidentally leave his heroin under the seat of their car for the authorities to find.

Billy's wild life eventually led to a 1976 liver transplant. But Billy didn't take his anti-rejection medicine and continued to drink. He died at age 33 in 1981, two years before his father moved to Lawrence.

William Burroughs, who died in 1997, did visit his son often in the last five years of Billy's life. He would later write that he "failed them all," including his son and wife.

"All I can say," Grauerholz says, "is that while I knew him (from age 60 until his death 23 years later), William Burroughs did the best he could to be a father to his only son. But I cannot really say that he did very well, by any standards - including his own." 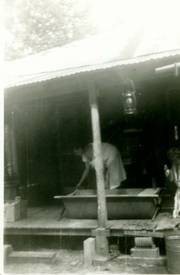 That whole hodgepodged life - the death of his mother, the addictions, the books, the transplant, the interactions with beat writer Allen Ginsberg and other aspects - all come together in "Cursed from Birth," which derives its title from a quote from Billy himself.

Before his death, William asked Ohle to help get Billy's final novel, "Prakriti Junction," ready for publication. Ohle, now 64, had become a friend of William, editing some of his works, cooking dinners for him and taking him fishing, though Burroughs usually just shot guns instead.

The novel was supposed to be among Billy's personal papers Ginsberg had collected and had stored at Ohio State University.

"There was no novel," Ohle says. "There was about 30 pages. No matter what I did to it, it would have never been a novel."

But in the box of papers were plenty of letters, journal-type writings and interviews about Billy, though many were undated. There also were random artifacts, including a matchbook that had droplets of dried blood on it. Ohle figures the blood was from Billy shooting up.

Billy had written about his desire to commit suicide, his addictions, his dream of going to Mexico to give his mother a "proper Christian burial."

"It was gross," Ohle says of the writings. "He had written a lot of depressing things. It's ugly."

Those looking for a silver lining in the father-son story will have to look hard, Ohle says.

"They weren't on good terms ever, really," he says. "It's hard to be sympathetic. He's so contrary, so hard to like."