Political newcomers Mike Dever and Rob Chestnut, along with incumbent Boog Highberger, won spots on the city commission in elections last week. The victoriesby Dever and Chestnut-the two best-funded candidates, with endorsements by real estate and business interests in town-cost incumbent David Schauner his seat on the commission. An analysis of voter turnout numbers found that of the 10 precincts that posted the highest percentage, eight were west of Iowa Street. All 10 of the precincts with the lowest voter turnout were east of Iowa Street. It seemed likely that the newly formed commission would soon settle out of court with Wal-Mart, allowing plans to proceed to build a new store at Sixth Street and Wakarusa Drive. But leading up to Tuesday's first commission meeting since the elections, indications were that the trial would start as planned April 16. "I think what this election represented was not just a message about money and the candidates who raised the most of it, but it also was about voter discipline," said outgoing commissioner Schauner. *:East Lawrence voters complained that their votes weren't properly tabulated on the city's new Wal-Mart brand e-voting machines. West Lawrence voters countered that they're all just really high and too lazy to vote. East Lawrence voters then exhaled and insisted that's beside the point. 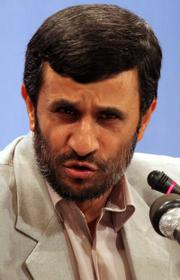 The 15British sailors being held captive in Iran were released last week as part of what Iranian President Mahmoud Ahmadenijad called an "Easter gift" for the British people. Iran captured and detained the crew as they were patrolling Iraqi shipping routes, claiming that their vessel had crossed into Iranian waters. "All of us were kept in isolation. We were interrogated most nights and presented with two options. If we admitted that we'd strayed, we'd be on a plane to (Britain) pretty soon," said Lt. Felix Carman, one of the captives. "If we didn't, we faced up to seven years in prison." Iranian television broadcast tapes of the British sailors confessing they were trespassing in Iranian waters, statements that the crew recanted upon returning to England. British officials credit intense, behind-the-scenes negotiations for the peaceable outcome of the standoff.*:Frustrated that this incident was resolved without military action and thus denying an opportunity for World War III, President Bush dispatched former U.N. Ambassador John Bolton to Tehran wearing nothing but assless chaps and a giant tattoo of the prophet Mohammed on his right buttock. 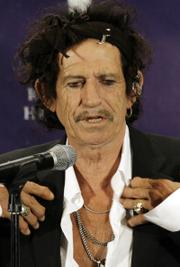 Veteran Rolling Stones guitarist and noted hedonist Keith Richards created an international stir when, asked by NME magazine what the strangest thing was he had ever snorted, replied, "My father. I snorted my father. He was cremated and I couldn't resist grinding him up with a little bit of blow. My dad wouldn't have cared ... It went down pretty well, and I'm still alive." Richards' publicist claimed it was merely a joke but NME stands by the quote as sincere.*:Ozzy Osbourne, upon hearing the quote and not wanting to be outdone, injected a liquefied poodle into his eyelids. 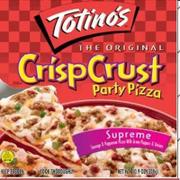 Graduate teaching assistants suffered a defeat in their two-year labor dispute with the University of Kansas according to a ruling made public last week. An independent fact-finder ruled mostly in favor of KU on four issues that had been under negotiation the past two years between the school and the Kansas Association of Public Employees, which represents KU's nearly 1,000 GTAs. The union wanted to broaden its on-campus recruiting activities, change limitations on the number of semesters GTAs can be appointed, give GTAs 20 more days in which to file a grievance and boost minimum salaries to a level higher than the minimum proposed by KU.*:The fact-finder ruled that KU could eschew salaries altogether and instead pay the GTAs in Totino's frozen pizzas and surplus "Jayhawks 2007 Final Four" T-shirts. Also, the healthcare plan will now consist of a lint-covered Ludens cough drop found in Chancellor Robert Hemenway's pocket. 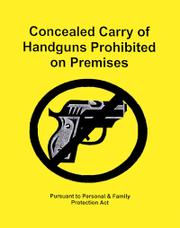 Lawrence city ordinance banning guns at children's sporting events may be overruled by a new bill approved by the state congress. Both the Kansas House and Senate have passed legislation that will prohibit cities and counties from putting up signs outlawing people from carrying concealed weapons onto the grounds of outdoor youth sporting venues, such as baseball, soccer and football fields. Governor Kathleen Sebelius has not indicated whether she will sign it into law. Lawrence Parks and Recreation Department director Ernie Shaw stood by the city's ban: "Our athletic events are like all athletic events," Shaw said. "Sometimes people get heated at them. Even people who are very trustworthy and who have gone through the certification process could still lose their temper." *:When asked if this legislation would contradict tough new gun penalties passed by the Lawrence City Commission targeting downtown entertainment venues, a spokesperson disagreed. "This bill was designed to protect the rights of licensed, responsible gun-owners," said the concealed-carry proponent, adding, ":who are white."

YOU CAN'T SPELL "GAY" WITHOUT AG!

Kansas Attorney General Paul Morrison last week issued a legal opinion endorsing the viability of a domestic partner registry for Lawrence, saying that it would not violate the state's ban on same sex marriage. The registry would allow residents of Lawrence an opportunity to gain formal recognition of their partnership from City Hall, providing couples documentation for insurance coverage. City commissioners, who were waiting for AG Morrison's opinion before progressing, say they hope to have the issue on their agenda within 60 days.*:Meanwhile-moments before Morrison's office issued the opinion that did not actively attempt to criminalize homosexuality-former Kansas Attorney General Phill Kline couldn't understand why he suddenly and uncontrollably began to weep.