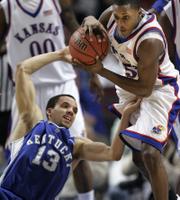 The KU men's basketball team broke their early elimination habit in the NCAA tournament and will be advancing to the Sweet Sixteen for the first time since 2004. The Jayhawks throttled Niagara in a 107-67 route on Friday night and made short work of Kentucky on Sunday in an 88-76 victory. KU (32-4) has won 13 in a row and will face fourth-seeded Southern Illinois on Thursday in San Jose, Calif.*:Jayhawk fans breathed a sigh of relief, as University of Kansas historians have objectively concluded that a third consecutive first round elimination would have been worse than Iraq, the Holocaust, and AIDS combined.

Lawrence city commissioners last week unanimously enacted tough new gun penalties meant to curb downtown violence, but postponed action on a new licensing system for bars and entertainment venues. Local bar owners supported the gun rules but spoke out against the idea of punitive new license enforcement. "You don't close a bank for having armed robberies," said Dennis Steffes, owner of downtown nightclub Last Call. The licensing system, as currently proposed, would allow the city to revoke an entertainment license for a variety of issues including noise problems, an accumulation of trash or litter, or an increase in criminal activity within the vicinity of the bar or club.*:"Noise problems" are defined as "that jungle music," "trash or litter" as "marijuana cigarettes and voodoo potions," and "criminal activity" as "Negros."

Iran's Islamic leadership last week accused makers of the hit film "300" of "psychological warfare" in its depiction of the battle between the Greeks and Persians at Thermopylae in 480BC. Iranians have complained that the film, a bloody and stylized adaptation of the graphic novel by Frank Miller, represents their Persian ancestors as savage, murderous and warmongering.*:Although Iranian officials accused "300" of "psychological warfare," they said that sitting through "Ghost Rider" was "straight up torture." Grand Ayatollah Khamenei has also issued a fatwa for the head of "Norbit." 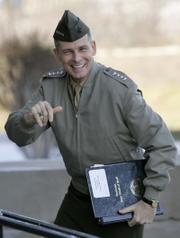 Marine General Peter Pace, the chairman of the Joint Chiefs, said in an interview last week that he supports the military's "Don't Ask, Don't Tell" policy. "I believe that homosexual acts between individuals are immoral and that we should not condone immoral acts," said the nation's top general. "I do not believe the United States is well-served by a policy that says it is OK to be immoral in any way." Pace's comments were condemned by Republican and Democratic Senators alike, although Kansas Senator and Republican presidential hopeful Sam Brownback offered his support. "We should not expect someone as qualified, accomplished and articulate as General Pace to lack personal views on important moral issues. In fact, we should expect that anyone entrusted with such great responsibility will have strong moral views," said Brownback. "I do not believe being a homosexual is immoral, but I do believe homosexual acts are."*:General Pace later clarified that an immoral lifestyle within military ranks would adversely impact the morale of troops attempting to carry out orders of torturing and sexually humiliating Iraqi prisoners. "Also," said Pace, "their gaydar totally throws off our submarines." 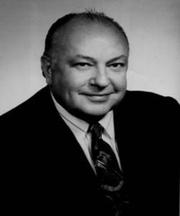 Democratic candidates last week pulled out of a proposed presidential primary debate in Nevada to have been aired on and moderated by Fox News Channel. Nevada Democratic leaders finally acquiesced to their liberal bloggers, MoveOn.org and others pushing for a boycott, who accused Fox of being too sympathetic to Republicans. The withdrawal came in the wake of jokes by Fox News president Roger Ailes about Bill Clinton's marital infidelity and about confusing Democratic candidate Barrack Obama with terrorist leader Osama bin Laden. Fox News host Mort Kondracke accused Democrats of "Stalinism," and the network's star commentator, Bill O'Reilly, said the techniques used by Democrats to oppose the debate were "perfected by Dr. Joseph Goebbels, the Nazi minister of information."*:Ailes claimed it was absurd to think that his network was biased against Democrats, saying that Fox provides plenty of coverage for "corpse molesters, nun-stranglers, Frenchmen-all those liberal groups."

According to transcripts released by the Department of Defense last week, Khalid Sheikh Mohammed, the al-Qaeda strategist who planned the 9/11 attacks, admitted to playing a role in more than two dozen terrorist plots during a military hearing at the Guantanamo Bay naval base in February. Mohammed claimed responsibility for acts ranging from personally beheading journalist Daniel Pearl and plotting an assassination attempt on former U.S. President Jimmy Carter, to planning the destruction of the Sears Tower and the Panama Canal. Human rights advocates question the validity of the confessions, as Mohammed was not allowed access to legal representation and is widely rumored to have been tortured over the four years since his capture in Pakistan.*:Mohammed also admitted to melting the polar ice caps, breaking up Wham!, and making that crusty stuff you find in the corner of your eye when you wake up in the morning. Following a last minute "memory rehabilitation session," he also confessed to sole responsibility for the political purge of 8 U.S. attorneys and quickly added that Alberto Gonzales and Karl Rove had nothing to do with it.