KU's march to the Final Four of the NCAA tournament was halted on Saturday, as the UCLA Bruins bested the Jayhawks 68-55 at the HP Pavilion in San Jose, Calif. The loss broke KU's 14-game winning streak and made Kansas the first No. 1 seed to be eliminated from the tournament. The loss also continues Coach Bill Self's streak of regional final losses-his fourth at three different schools. "I think we beat ourselves," said KU guard Brandon Rush. "We just did some dumb stuff-dumb plays on defense and dumb plays on offense. We just had careless turnovers."*:Jayhawk fans, faithful as ever, are already looking forward to having their hopes dashed again next season.

Former Vice President Al Gore testified before Congress on the dangers of global warming last week, the first time he has made an appearance on Capitol Hill since losing the presidential election of 2000. Gore, whose climate change documentary "An Inconvenient Truth" won an Academy Award last month, urged both the House and the Senate to take immediate action such as freezing emissions of carbon dioxide and requiring better gas mileage for cars. If steps aren't taken now, Gore warned, it could lead to a "planetary emergency." Oklahoma Senator James Inhofe, who has publicly stated he believes global warming to be a hoax, argued against Gore's proposals. "It is my perspective that your global warming alarmist pronouncements are now and have always been filled with inaccuracies and misleading statements," Mr. Inhofe said.*:The hearings became even more tense when Gore insisted that Inhofe speak only to his Oscar statuette, which the former vice president had given googly eyes and repeatedly referred to as "Prince Albert." 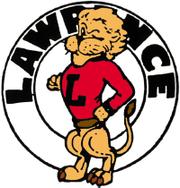 A Lawrence High School teacher was suspended last week after being accused of having sex with one of her 15-year-old students. The 24-year-old teacher was charged in Douglas County Court with two counts of aggravated indecent liberties with a child and two counts of sodomy, to which she pleaded not guilty. She graduated from the University of Kansas in 2006 and was in her first year of teaching at Lawrence High, where she was also the Key Club adviser. School officials said she was suspended with pay pending the outcome of the investigation.*:In related news, the Lawrence High Chesty Lion has been suspended for indecent liberties taken with anthropomorphic mascot cleavage.

Congressional Democrats approved the option to issue subpoenas for top White House officials to testify under oath about the firing of eight U.S. Attorneys. President Bush has vowed to defy the subpoenas, a move which may ultimately land the dispute in the Supreme Court. Democrats rejected an earlier offer from the White House to have Bush advisers Karl Rove and Harriet Miers speak with lawmakers in private, without a transcript and not under oath. Rove and Miers are suspected by Democrats of colluding with Attorney General Alberto Gonzales in purging the Justice Department of prosecutors who weren't politically sympathetic to the White House. The president accused Congress of going on a "partisan fishing expedition" and Press Secretary Tony Snow said that Congress "does not have constitutional oversight:over the White House."*:Snow made his proclamation while hand-feeding grapes into Bush's mouth as the president, resplendent in his flowing robes and laurel crown, presided over a gladiatorial match-to-the-death between Congressional slaves on the floor of the House of Representatives.

Elizabeth Edwards, wife of presidential candidate John Edwards, announced last week that the cancer she has been battling since 2004 has spread to her bones and is now incurable. The couple has pledged to continue campaigning for the Democratic nomination for president even as Elizabeth undergoes a new round of treatment. The couple has three children. Their first child, Wade, died in a car accident at 16, a tragedy they said has already steeled the family to hardship. "You know, you really have two choices here. I mean, either you push forward with the things that you were doing yesterday, or you start dying," said Mrs. Edwards.*: The couple say they have been overwhelmed with the amount of support they've received since the announcement, with even Ann Coulter calling to say that she hopes Elizabeth beats the cancer so that she can live long enough to watch John die of AIDS.

Rat poison was found in pet food blamed for the deaths of at least 16 cats and dogs across the country last week, leading to a recall of 60 million cans and bags of dog and cat food produced by Menu Foods throughout North America. The substance in the food was identified as aminopterin, a cancer drug that once was used to induce abortions in the United States and is still used to kill rats in some other countries. Menu Foods does not believe the food was tampered with because the recalled food came from two different plants-one of them in Emporia-but the source of the poison has yet to be determined. "Before they put this stuff in the bags, there should be some kind of test," said Jeff Kerner, whose Yorkshire terrier named Pebbles died Thursday.*:Menu Foods plans to re-examine its existing screening process, in which whatever pet chow the company feeds to Paula Abdul that doesn't kill her is considered fit for animal consumption.