Longtime Lawrence wordsmith Sean "Approach" Hunt has absolutely made his mark on the KC/Lawrence hip-hop scene, starting with his first release in 1999, "Web of Thought." He's known for tirelessly supporting other artists, friends and fans while unleashing a flow with seeming effortlessness that'd be the pride of any coast. Eight years later and on the impending release of yes, two more albums, he's dropping a real bomb- he's leaving later this month.

Featured heavily on "Welcome to Share," new collaborator Paul Salva's production is irresistibly synthy and heavy with club beats-it'd easily make a natural background for predictable rhymes about money and girls-but Approach notches it up once again with an appetite for socially conscious lyrics and multiple styles of wordplay.

He sits down with lawrence.com on a slow afternoon at the Jackpot Saloon to dish about the upcoming move, what he's proud of about his time in Lawrence, being labeled a "backpack hip-hop" artist and his upcoming releases.

Longtime Lawrence wordsmith Sean "Approach" Hunt has absolutely made his mark on the KC/Lawrence hip-hop scene, starting with his first release in 1999, "Web of Thought." He's known for tirelessly supporting other artists, friends and fans while unleashing a flow with seeming effortlessness that'd be the pride of any coast. ...

lawrence.com: So we can hit that elephant first-you're leaving town. What led you to the decision?

Well, basically I have a new record coming out, and the person that produced it is a person named Paul Salva. He is from Chicago, spent a lot of time developing sound in Milwaukee, and decided to go out to San Francisco. There's a crew of musicians he works with in Milwaukee, Florida and some other places. He got them all rallied together and moved out to a house in San Francisco. They are all people I work with or want to work with, so we're all just going to converge and in a home and try to do it.

You've been such an unresting and unabashed supporter of the local hip-hop scene here. What do you think you might be able to accomplish in San Francisco that haven't here?

When I first moved here from Kansas City the objective was to play in more venues and play to a crowd that was more in my age bracket. I moved here when I was 24, so I wanted to play for people that were gonna come out and see shows Mondays, Tuesdays-not just Fridays and Saturdays. My goal in moving to San Francisco is to bridge that, as I did from Kansas City to here to build on what is going on with Datura and myself, and what's going on with the Deep Thinkers. Go out and make another notch in the belt. 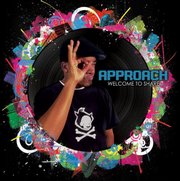 When you don't have the major support: you kind of have to make moves that will increase the profile and increase what you're trying to do musically. The West Coast has always been really receptive to what I have going on. I really enjoy the area and a lot of the musicians I grew up loving -the Sly Stones, the Heiroglyphics-those types of people migrated there and the area's rich in a lot of good music.

You've worked with Sku, Mac Lethal, Archetype and many others:

Those guys are more my brothers than collaborators. We just happen to all make music. The music is one of the bonds that keep us together. No matter where I live I'm still rooted in the Lawrence/Kansas City music scene: Nowadays, I've done an album with someone out on the West Coast and we've never met, Oh No from Stone's Throw. We were able to do it. It'll be a lot easier to do it with friends I've lived with for years. And then it'll be a good bridge for them to go out there and for me to come home: if we're going to do this thing independently we've got to spread it out.

What do you think of the term "backpack hip-hop"?

Well it makes sense I guess now. When I started listening to it, it was called rap music. Anything-NWA, DJ Jazzy Jeff and the Fresh Prince-it was just rap music. Of course as things start to grow and become popular on a mainstream scale you have to dice them down because people can't chew on the whole thing at the same time. I guess in some people's eyes that's what they consider me though they've never seen me onstage with a backpack, doing anything that involves having a backpack on and rapping. I don't see a difference in what I do and what Tech N9ne does. You pay attention to flow, style and there are content differences.

Yes, that's the easiest way to pick hip-hop apart. There are certain people that rap about this, there are certain people rap about that. I don't choose go the pimping and bitches and hoes route. That's just not the foundation of what I'm trying to do. I grew up in a house with my mom, my two sisters and my little brother. I'm not trying to speak to them in that way. That's not how I speak, so that's not what comes into my music.

First, tell us about the online album.

I got a record I did with my buddy Il Poetic who was here with Ill Logic and Pseudoslang on Cinco de Mayo. We had a show here. Everybody has been asking me about him: He's so good as a producer that his MCing ability kinda gets outshined. It's called "Aloe Park" and it's a complete album, 11 songs: It might catch some people off guard-it's one of those projects people may need to spin a little bit first. I guarantee if you don't love it the first four times you spin it, spin it five more times and you'll get there. The online album is not necessarily a safer bet, but it's more the soulful hip-hop tracks people are more used to hearing from me. You'll be able to locate it on my myspace page and from the fine people at lawrence.com. (To be posted as soon as it's available-later this month.)

I cant play the 'welcome to share' mp3's, yo! wanna hear that electro-funk, mo fo.