You have to break a red wax seal to get your grubby little paws on American Catastrophe's "Excerpts from the Broken Bone Choir." The album's handmade packaging connotes a contract between the band and the listener: break the seal, and there's no going back. Imagine a motel lounge in a David Lynch movie where something bad is about to happen: woozy guitars pick out minor chords, cymbals crash and a commanding baritone chants "hang 'em high." The macabre dirge evokes the moody pathos of performers like Nick Cave, Tom Waits, and Marc Ribot. All this and a woozy glaze of reverb glistens like a freshly sharpened pitchfork on "Broken Bone Choir," which the quartet will take on tour in March following shows in Lawrence and its native Kansas City. All four Americans-Shaun Hamontree (guitar and vocals), Terrence Moore (guitar, banjo, harmonica), Amy Farrand (bass), and Eric Bessenbacher (drums)-stopped by to share some "Excerpts" and shoot the breeze with a sawed-off shotgun. The full, podcast version of this interview is online.

You have to break a red wax seal to get your grubby little paws on American Catastrophe's "Excerpts from the Broken Bone Choir." The album's handmade packaging connotes a contract between the band and the listener: break the seal, and there's no going back. Imagine a motel lounge in a ...

lawrence.com: Some of the touchstones I've heard while seeing you perform are 16 Horsepower and Jay Munly from Denver. I'm not sure if I could describe why that is exactly : Could you?

Farrand: Because it's creepy.

Hamontree: It's a domino effect: we meet these bands that are supporters of a certain realm of music and that in itself inspires us. We're so anxious to record again because American Catastrophe has changed drastically. We're writing more as a collective : The new stuff is all based on jamming.

I notice you guys are passing around a book. Care to share?

Hamontree: It's a book called "Death in the Prairie House." It's this untold story (about Frank Lloyd Wright and his mistress). His butler went nuts, and one night during a dinner party he locked every door and every window and proceeded to kill nine people with a hatchet : I keep thinking it's where Steven King got the idea for "The Shining."

Farrand: See what happens when you don't pay that Christmas bonus?

Hamontree: Can you imagine some crazy man running at you with a hatchet in a Frank Lloyd Wright house? That's a crappy day.

Excerpts from the Broken Bone Choir

Are you avid readers?

I suggested we take a picture at a Pentecostal Church, and you shot me down.

Hamontree: The press can't escape a certain nuance with our style of music, so you have to take it away from them sometimes. If anyone sees a photo of us in front of a church I guarantee you the "gothic" word will spring up. 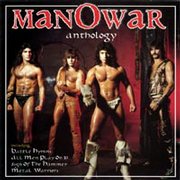 What are some of your favorite album covers?

Farrand: Manowar. They're all in those leather pelts and all buff and oiled down with those rockin' mullets. Incredible. 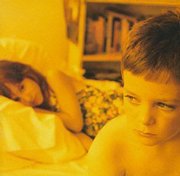 Hamontree: The Afghan Whigs ("Gentleman"). There's a kid who's probably eight or nine years old and he's sitting on the side of a bed and there's this little girl. It looks like a one night stand, but with 10-year-old kids.

Most everybody has seen at least one show that was a total revelation-what was that show for you guys?

Farrand: My mom and my stepdad had a country cover band and I was in these seedy, hole-in-the-wall dive bars at the ripe old age of six : Occasionally I'd get up onstage because their drummer would be so drunk or coked out of his mind that he couldn't play : I'd sit on his lap and he would use the pedals. It was a crowd pleaser : Those were the kind of places you shouldn't have your kids in, with chicken wire in front of the band.

Can you give us a little background on the song "Hang 'em High"?

Hamontree: It's about a guy who goes back and builds a gallows in the place where he grew up. He basically wants to get rid of all the people who were crap in his life.