The second Little Green Festival will take place this weekend in South Park to showcase and celebrate the green in people's lives while sharing information on how to be more environmentally friendly.The two-day event is free. 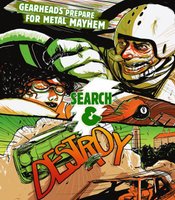 Stained blue jeans and leather boots, 95-degree heat, a rusty '76 Chevy Impala. Jay Armbrister is in his shop and has work to do. Friday night, at the Douglas County Fairgrounds, the Impala might last 30 minutes. It might last 45. Try and kill the other cars, try and keep yours going. It'll be a blur, and then it will be over.

Here There Be Monsters

Artist Molly Murphy goes grotesque for a good cause

If you're acquainted at all with the Lawrence art scene, you're more than likely familiar with the work of Molly Murphy. Her paintings of femme fatales in various states of distress-and various states of undress-are unmistakable... 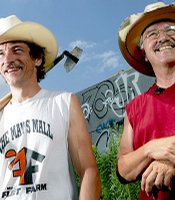 Down to earth: 'Earthwork' film production to chronicle remarkable experiences of Lawrence artist

John Hawkes has one of those faces you've seen before. It's a quirky-yet-distinguished face that carries a haunted weight to it. Television viewers know him as the Jewish shopkeeper on the Emmy-winning "Deadwood." Indie film fans remember him as the lead in the Cannes winner "Me and You and Everyone We Know" or as the doomed liquor store clerk in the crime scene that kicks off "From Dusk Til Dawn."

This Wii version is somewhat castrated in terms of modes offered. It's a port of the stripped-down PS2 version, which means you won't find the robust Band World Tour mode, downloadable content, customizable characters, or online play.

There comes a time in a man's life : a time when he turns 30. Oh, they say it is a sad day. The saddest of all birthdays, perhaps, because, for the first time in a decade, he is not in his 20s. As 30 approached, and Pryor had to do something. That something turned into his first solo record, "Confidence Man." 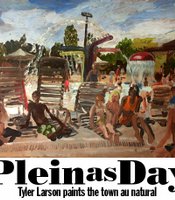 When he's not getting all multi-instrumental on your ass in at least four different musical projects about town, ranging from Quincy Quartz to Free All Beats, Tyler Larson might just be painting your ass. Larson has been focusing his brushwork on a style known as "plein air"-or "open air" for those advocates of Freedom Fries-that are single sitting oil-on-canvas snapshots of life outdoors. Hence "Plein Air Lawrence" at the Wonder Fair, Larson's upcoming show of organic portraits of Lawrence and its denizens at a gallery fittingly located beneath an organic market.

Townie guide to... lawyering up

I detail my hands-on impressions with the newest titles shown off at the (significantly smaller) E3 2008 in Los Angeles.

While the combat and controls are usually rock-solid, there's one enemy you won't be able to overcome using your assortment of blades the terrible camera. 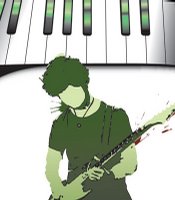 When Chris Yager decided to launch a music festival, he experienced a rude awakening. He proposed the idea to Earth Rising Inc., a group that owns Camp Gaea, a 168-acre spiritual retreat center 10 miles north of Tonganoxie. Yager hoped to stage his festival at the scenic, isolated sanctuary that once functioned as a church camp.

Filmmaker wants to close downtown block for one day

A local filmmaker wants to close down a portion of Massachusetts Street early next month to film scenes for a movie about Lawrence crop artist Stan Herd. 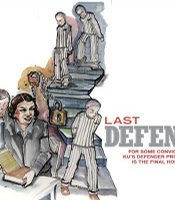 For some convicts, KU's Defender Project is the final hope

By the time a prisoner's letter reaches the mailbox of the Paul E. Wilson Defender Project, the hope of freedom has generally diminished to the level of pipe dream. Many of the letters come from prisoners complaining that their attorneys-often appointed by the court-didn't meet with them often enough, didn't show much interest in their cases, didn't introduce key evidence, generally didn't fight for them. In other words, the prisoners complain of being shortchanged in the shuffle of an overtaxed system.

A Display of Poetic Fireworks in the Dead of Summer

Four Lawrence women-a practicing witch, a daughter of illiterate Tennessee sharecroppers, a bisexual anarchist and a poetry professor-are reading poetry in the same room on Friday, and they're afraid that if you attend, you might explode.

Ted Nugent is insane. He is certifiably bat shit bananas. And he is an American treasure. This axe swinging legend has bludgeoned his way to the top of the rock pantheon, selling more than 35 million albums, playing over 6,000 concerts, and pissing off nearly everyone on the planet in the process. When not penning such romantic chamber pieces as "Cat Scratch Fever" and "Wang Dang Sweet Poon Tang," Nugent is an avid hunter and proud, flaming conservative.

'Carnival of bargains' to hit downtown

If you've been waiting for Thursday's downtown Sidewalk Sale, here's some sage advice, courtesy of Dan Hughes, president of Downtown Lawrence Inc. "Arrive early, and bring lots of water and your walking shoes," said Hughes, owner of Sunflower Outdoor & Bike Shop, 802 Mass. The annual event lasts from sunup until sundown on Thursday, and organizers expect tens of thousands of people to hunt for discounts.

Want to see the art in this gallery? You'd better be ready to move. 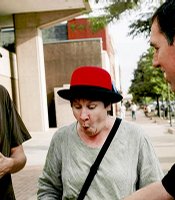 Plans for Lawrence's Busker Fest, featuring street performers ranging from human statues to sword swallowers, are coming together, as organizers toured the downtown area Wednesday evening.Busker Fest is scheduled for Aug. 22 through 24.

The Victor Continental Show has been lauded with many superlatives over its impressive decade-long run. This intrinsic pillar of the Lawrence arts could alternately be described as a raucous variety program harkening back the heyday of Vaudeville, or as an incisive sketch comedy revue satirizing our culture's innumerable foibles a la Swift or Voltaire. But perhaps nothing captures the essence of The Victor Continental Show with more precision, or more insight, than labeling it a "Tijuana Crime Scene." 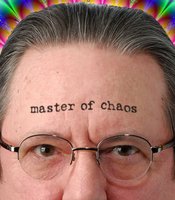 Bad Company unavoidably draws comparisons to Call of Duty 4, but is a solid game in its own right.

Rockin' in the free world

In the shadow of Memorial Stadium sits a residence commonly referred to as the Bull House. This is because of a prominent bull statue that guards the entrance to the dwelling, the result of a former art student's senior project some dozen years ago. But it isn't art students who have recently taken over the place. Rather it is four of the five members of the self-described "most patriotic band in Lawrence."

We look at the games of early summer.